By Ryan Cooper September 13, 2016
Previously I wrote about educational composition within under-35 wealth quintiles as a way of testing the reliability of a prison study which used wealth at 20-28 as a marker for class. (Again, I must note that I had much help from Matt Bruenig, both for the idea and the execution.)

My main result was that the bottom wealth quintile for 1989 (near when their study was done) was unusually well-educated, thus demonstrating that wealth at a young age is not a reliable marker for class.

I thought I would confirm this result by looking at 35-and-up families in the Survey of Consumer Finances. It's the same calculations, just with different families. If the previous hypothesis is correct, in this group we should see a smooth increase in educational attainment with increasing wealth. Here's the chart: 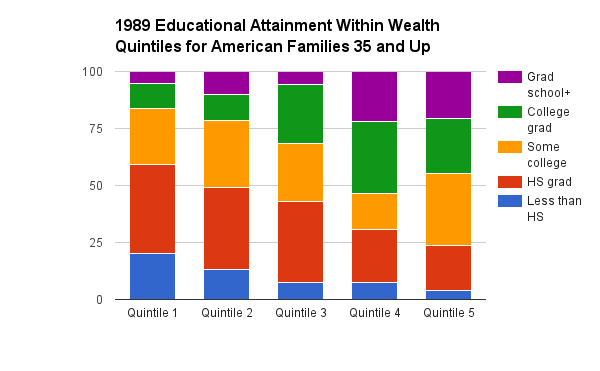 As I suspected. Not quite perfect, but very close.

Now, just for fun, here are the same time series charts I did for each under-35 wealth quintile in my previous post, but for 35 and up. 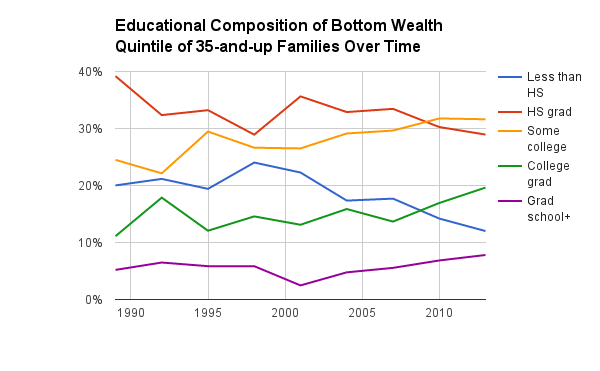 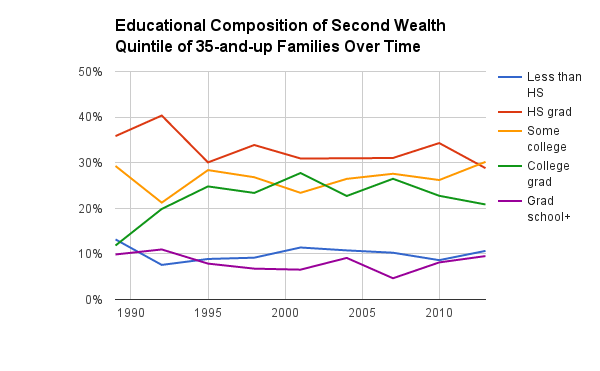 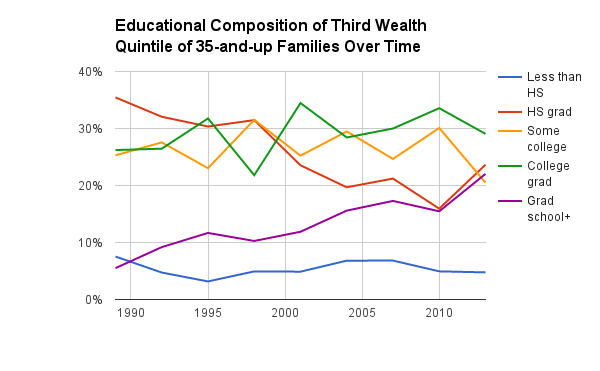 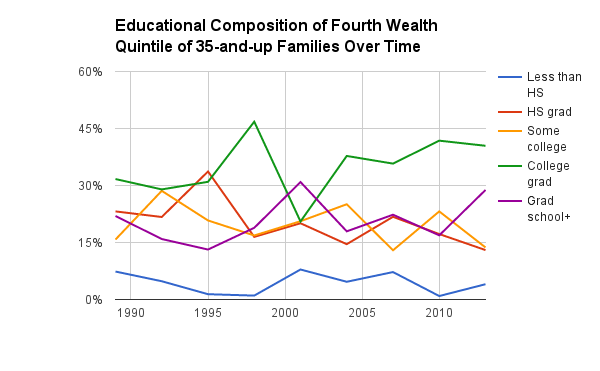 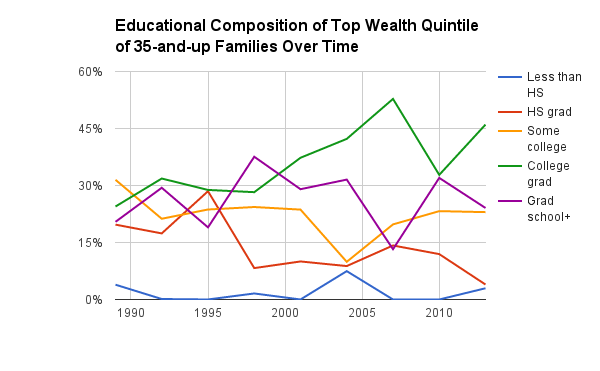 No real big trends to notice here, except for a general increasing educational attainment as we go up the wealth quintiles — and an odd sustained increase in grad school in the third quintile. No idea what that's about, honestly.

Up next: determining the break points separating the wealth quintiles.