Educational Trends Within Under-35 Wealth Quintiles

By Ryan Cooper September 06, 2016
Last week, with much help from Matt Bruenig, I wrote a post using microdata analysis of the 1989 Survey of Consumer Finances. Since I have the script, I figure I might as well make full use of it, both for practice and to see what I can find.

So for a start, here are some time series trends for educational attainment within income quintiles for under-35 families. Basically what we're doing here is breaking the under-35 population into fifths based on their wealth, determining the educational background of each fifth, and plotting the change over time using the SCF surveys, which are done every three years. (This starts at 1989 and runs through 2013, the most recent survey.)

I bet there is a way to cram all this into one graph, but for the time being here are some simple line charts for each income quintile. 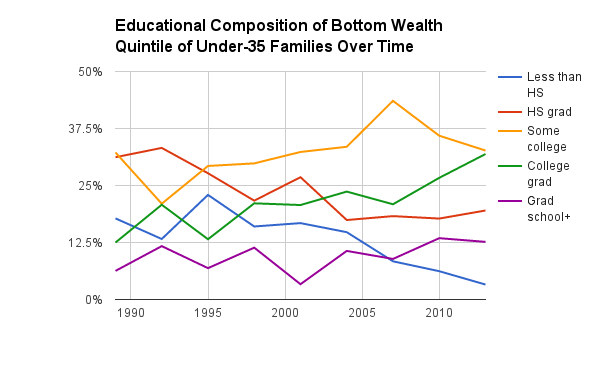 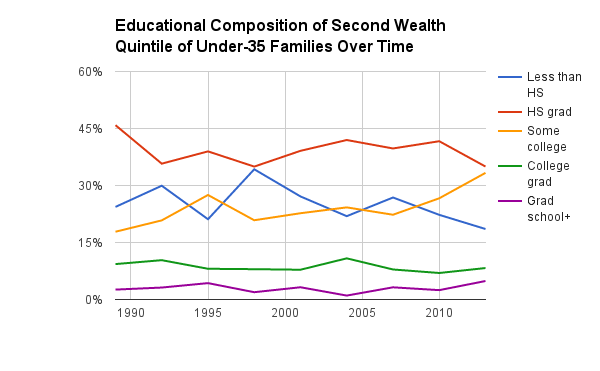 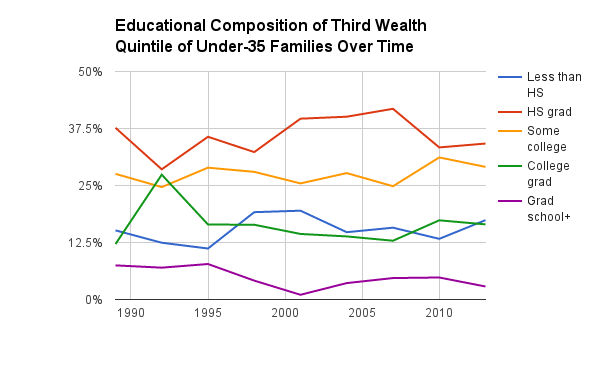 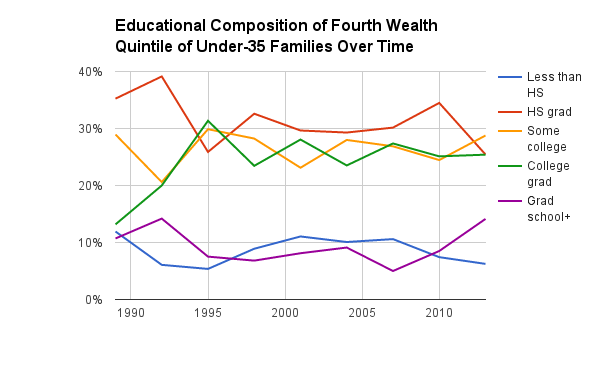 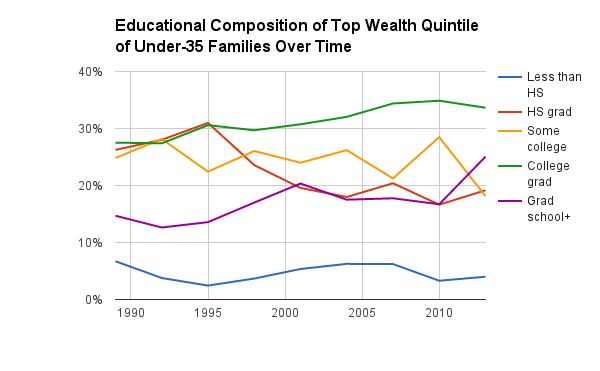 A few things jump out here. The education level of the top wealth quintile is increasing over time, which makes intuitive sense.

But surely most striking is the high level of education in the bottom quintile. This group is not the least educated, and its education level has increased over time. The share of people with any grad school education and up has doubled for this group, and the share of college graduates has nearly tripled. Interestingly, in the 2013 survey the quintile with the absolute lowest share of less-than-high-school educated families (with 3.3 percent) is the bottom one.

As I argued in my previous post, wealth at a young age is not a great proxy for overall economic class, because a substantial number of future rich people will appear wealth-poor due to taking out loans for education and not having inherited yet. The wealth brackets for the bottom quintile will probably be massively negative (more on this later), and most high school dropouts will not have the credit rating to take on that kind of debt.

Not much is going in with the middle charts, but it's still kind of interesting to see.