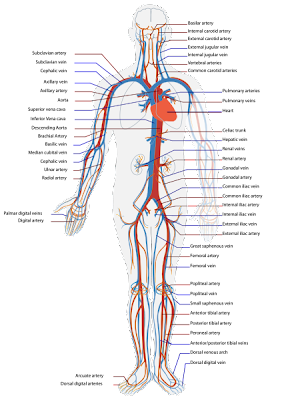 I was holding down the table for the Monthly at the Take Back the American Dream conference on Tuesday, and got to see Chris Hayes do a live interview of Paul Krugman. It was a good chat, but they talked for awhile about an economic metaphor that got me thinking: "the economy has magneto trouble," Krugman said, quoting Keynes. This was to spark (groan) the idea that the catastrophic effects of a depression are of a simple and mostly technical sort—a magneto being an old-timey word for part of the electrical system of a car (today we'd call it an alternator) which provides power to the spark plugs. It's cheap and easy to replace, but if yours is broke, your car won't start. Realizing that when people hear "magneto," they probably think of the X-Men villain, Krugman came up with a different metaphor, saying right now the economy is like a car missing a battery. Nothing fundamentally wrong with the car, just pony up the cash to replace the battery and everything will be fine.

All very good, but as far as metaphors go that one is pretty crude. It got me trying to invent something more ambitious: a simple, intuitive, easily-understood simile summarizing the basic concepts of macroeconomics. This wouldn't capture all the nuances of various models, but only give lay people a toehold to help refute the economic misconceptions people's natural intuition seems to generate.

Here's my idea: the economy is like a human body.* I mean this in a kind of macro-anatomical sense. So the economy is composed of lots of interlocking parts. There are infrastructure and transport sectors, agriculture, money, information transmission, etc. It's tremendously complex, but when things are good all of them work in tandem so that most everyone who wants a job has one, factories are working at capacity, and so on. Similarly, the body is composed of lots of interlocking parts. You have a skeleton and muscles, the digestive tract, the circulatory system, the nervous system, etc. When everything is good, they all work together and you feel healthy.

The order here is deliberate—in this scheme blood is analogous to money. In the economy, the banking system pumps money around the country where dollars are exchanged for goods and services. Inside the body, the heart pumps blood around where oxygen is "exchanged" for productive effort, like digestion, movement, or thought.

So how can we think about a depression? In the real world, a depression is where we have lots of perfectly good unused capacity (idle factories, empty trucks) sitting around, while at the same time lots of unemployed workers desperate for a job. In our econo-body we had a heart attack (the financial crisis), and our circulatory system seized up and stopped pumping blood around the body properly. We got defibrillated by the EMTs (emergency actions in 2008-09) so we stopped getting worse, but now, we have persistent low blood pressure. This is the key idea. Our muscles are still strong, our organs are still in good shape, and our bones haven't rotted (yet). But we feel tired and weak all the time because our heart isn't delivering enough oxygen. We could be much more active than we are, going to work and playing with our kids, but instead we're sleeping all day.

So if we've got chronic fatigue due to a shortage of blood reaching the organs, one natural thought is to make some more blood. That's the Milton Friedman monetary policy solution. Similar to how your bone marrow is responsible for creating new blood cells, the Federal Reserve can create arbitrary quantities of money. Print more money until the economy is back to full capacity, then back off.

If you even mention the words "print money" boneheads like Peter Schiff howl about hyperinflation, but again the metaphor is instructive. In our econo-body, too-high inflation is analogous to high blood pressure. It's ridiculous to worry about high blood pressure if you're currently in the midst of low pressure crisis. Just like how we won't get high blood pressure until our veins and arteries are filled to capacity and we're back to fully active, we won't get hyperinflation until the economy is running at capacity and prices can be bid up instead of just bringing in idle resources (or as Karl Smith would say, there is no such thing as immaculate inflation). See here for a more in-depth explanation of this point.

Of course, in our econo-body our problem is with our heart. If we had some magic device to force the bone marrow to crank out more blood, it wouldn't do much unless the heart was working properly, so perhaps we must fix the banking system before we can recover. This still holds for the most part—it's why zombie banks can be so terrible for a country— but the analogy fails in that in the last resort the central bank can just mail money to people (or drop it out of helicopters), bypassing the banking system altogether. In point of fact, though, central banks don't do this. Most of the money-printing from the Fed and the ECB has gone into the banking sector, which largely just ate it without pumping it around.

Anyway, the other major cure for a depression is Keynesian fiscal stimulus. This is what Paul Krugman is always talking about, where the government borrows money and spends it on anything handy. This would be analogous to borrowing a pint of blood from someone else and using it to re-pressurize your vascular system.  (This is a tougher point to make, so ideas would be appreciated, especially in capturing the point that depressions are a great time to make some cheap investment in infrastructure.)

These are the main points, what I would use to replace the "magneto trouble" metaphor. But talking it over with my girlfriend and writing it up I thought of some more points where the metaphor could be expanded.

1) Regulators are like the immune system. It's possible for them to be too zealous, like when you have allergies, but if you have a real sickness or tumor you want them out there laying forth with the hammer of justice. The way cancer (extractive elites) kills you is by diverting more and more of your productive capacity into useless, unproductive tissue. Our current situation also makes me think of HIV, where the disease has infiltrated the regulators that are supposed to protect us.

2) Low and steady inflation is like normal blood pressure. Something a lot of people have a hard time understanding is that inflation is a positive good. No change in the price level (0% inflation) is a bad thing and deflation is a horrible thing. Inflation puts pressure on big holders of capital to get their money out there supporting economic activity, similar to how your heart builds pressure to force blood out to your extremities. (Another big benefit of inflation as I understand it, though, is how constant steady price movement keeps imbalances from building up, but I couldn't think of a simple way to include that.)

The main problem I see with this scheme is with including the idea of expectations. The way the central bank influences the economy through statements of policy is hugely important, and it's not very close to how a body works.

Finally, any input, especially from real economists, to flesh out these points or correct mistakes would be highly appreciated.

*My actual knowledge of the human body isn't systematic, and I'm sure medically or biologically speaking this whole discussion is riddled with oversimplifications and distortions. If I've made a huge mistake by all means let me know, but remember this is just a simple, intuitive analogy for people to get their teeth into, not a med school class.