Not All Evildoers Are Murderous Sociopaths

By Ryan Cooper March 15, 2012
Jeremy Scahill had an excellent piece in The Nation a couple days ago about how, according to Scahill and his sources, President Obama is leaning on Yemen to keep a journalist named Abdulelah Shaye imprisoned there because he had been reporting on things that Obama would have rather kept quiet, like revealing that US had killed civilians with cluster bombs, and interviewing accused terrorists like Anwar Al-Awlaki. Kevin Drum doesn't buy it:


Everything that Shaye reported in 2010 had long since been common knowledge. Obama has suffered, as near as I can tell, literally zero embarrassment from this episode. The al Majala attack got a small bit of media attention when it happened and has been completely forgotten since.

So what kind of person would pressure the Yemeni president to keep an innocent journalist in prison over a slight so tiny as to be nearly nonexistent? Almost literally, this would be the act of a sociopath. 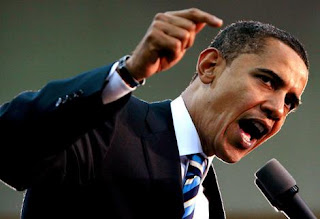 The U.S. government insists that Shaye is no mere journalist. "Shaye is in jail because he was facilitating Al Qaeda and its planning for attacks on Americans and therefore we have a very direct interest in his case and his imprisonment," says Gerald Feierstein, the U.S. ambassador to Yemen. Is that true? I have no idea.

But which do I find more likely? That Shaye is indeed affiliated with al-Qaeda based on evidence that hasn't been made public? Or that Barack Obama is a sociopath who pressures foreign leaders to keep innocent journalists in prison based on the fact that they very slightly annoy him? Call me what you will, but I have to go with Door A.

Let's break it down:


1) Obama has not actually been very embarrassed by Shaye. Others have reported his stories and not much has come of it.
2) Therefore, Shaye has not been very damaging to Obama.
3) Only a murderous sociopath would keep an innocent journalist imprisoned for a trivial embarrassment.
4) Obama doesn't seem like a murderous sociopath.
5) Therefore, Shaye is probably a terrorist (as claimed by US officials) and we haven't seen the evidence.

No offense to Kevin, but this is some shoddy reasoning. This kind of bank shot argument relying entirely on the perceived characteristics of someone sharply reminds me of the "Lord, Liar, or Lunatic?" argument for Jesus' divinity (which, in case you haven't heard, is bogus).

Let's start with 1 and 2. As Glenn Greenwald notes in the comments, while Kevin is right that nobody gives a crap about this kind of thing in the US anymore, it was huge news in Yemen because the Yemeni government had originally claimed they had carried out the strikes, and Shaye's photos of the bomb parts stamped with "Made in the USA" were direct proof they were lying. Furthermore, they could be keeping him imprisoned not just for what he's done, but what he might do. A dogged reporter like that, with a proven ability to get access to people like Awlaki, might get some other more scandalous evidence, and thereby cause a firestorm. Lack of attention in the past is no guarantee that there won't be a sudden media explosion—just look at the Kony 2012 video.

But by far the biggest error Kevin makes is with the nature of this kind of behavior in 3. You don't have to be a murderous sociopath, gleefully skinning people alive in your basement, to carry out evil acts. This is the basic conclusion of Arendt's Eichmann in Jerusalem, and the Stanford prison experiments, and the Milgram experiments. (Though I should note that the Milgram experiments are more complex than how they are usually portrayed—see this episode of Radiolab for an excellent discussion of this and related topics.) Ordinary people, especially if they believe their actions are normal and accepted, can carry out great evil, up to and including genocide. President Bush also imprisoned journalists without charges or trial, including Bilal Hussein (for two years) and Sami al-Haj (for seven years), and numerous others. Was he a murderous sociopath? We don't even have to invoke evil—there's always good old-fashioned bungling and bureaucratic CYA when someone finds, say, they have the wrong guy and keeps him locked up anyway to prevent embarrassment.

The United States security apparatus has these kind of behaviors in spades. Most of the people in Guantanamo are innocent. Bradley Manning is still being held without trial. Lynndie England. John Yoo. Eric Holder. The subtitle of Arendt's book was "The Banality of Evil," and it's as true is it ever was.


Institutions tend to do what they can get away with, a tendency that can become ever-more problematic when they can do so under cover of official secrecy.

The response to the government declaring someone a terrorist should be, "prove it." A sham trial by a US client regime propped up by US aid offered because of war on terror expediency doesn't cut it.