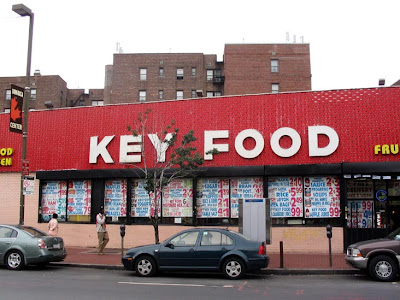 [Continued from part I.]

After a couple days I mastered the cashier business. I felt anxious to prove myself—as a white college graduate, I feared confirming the stereotype of the pointy-headed, useless intellectual. I got very good with the register and the produce codes—though not as good as Sam, one of the sub-managers, who was blindingly fast when he had to take over a till. Virtuosity wasn’t my goal in any case; rather I went for a low error rate, as any cashier more than $20 under for the day’s count was automatically fired. I was never under by more than $5—and that only once—but I was over by more than $20 on several occasions. I never figured out why.

I was, however, the most popular cashier. Practically every minor transaction like groceries is carried out with no more than a grunt in New York. I was obstinately polite and cheerful. (Well, most of the time. Some people were just out to ruin my day, because I was a helpless cashier. I bitched them out in the most recondite language I could summon.) I turned on what little charm I possess—which for some reason is most effective with middle-aged women. Being on Broadway the store served both major Heights ethnic groups, and I befriended folks of all stripes. I carried groceries for Mrs. Finn, a harassed young Orthodox mother draped with bandoliers of children. I found the right brand of Matzahs for Mrs. Berkowitz, a caustic and insistent old lady who had been angrily dismissed by the other cashiers. I talked politics with some of the Jewish men (though not all, there were some real right-wingers that would come through occasionally). For those buying kosher, I always offered to keep the dairy and meat separate. I tried out my rusty Spanish on Mrs. Garcia, an abuela from the East Heights, which quickly improved as most of the other cashiers spoke it as well.

I developed something of a following. If I were working, some of the old ladies would wait in a longer line specifically to get me. I knew what they liked—to watch the price of every item to be sure it was correct. The memory of these grannies was astounding. Every week they would have the new circular memorized inside 24 hours.

That said, I did not fit in at all. I have never felt so obviously out of place in my life, including in South Africa. My first time talking to Sam, we were carrying a heavy box of stock across the basement. “Where are you from, anyway?” he asked.

“Colorado. But I went to school in Oregon.”

“Really? What did you study?”

He stopped for a moment. “What the fuck are you doing here?”

“Waiting to go to Africa.” I might as well have been boarding the next ship to Mars.

It may seem curious that New York presented worse culture shock that a remote rural village deep in South Africa. There are several reasons for this. Some of them are purely technical; for example, the lack of assistance—Peace Corps has an extensive support network and at least a couple months of training designed to help you adapt, whereas in New York I had only myself. Second, South Africa is not as strange as one might suppose. Americans tend to jam all of Africa into the same category, which is as preposterous as doing the same thing to Europe. But South Africa is probably the most American country in Africa. Most people speak English and have a television which consists of roughly one-third American programming. Most of the transport is in motor vehicles. The range of biomes is broadly similar. The history of Apartheid bears eerie similarity to Jim Crow and segregation.

But there are deeper reasons as well. It’s hard to overestimate the psychological impact of moving from a remote town to the greatest city in the nation. Previously the largest city in which I had spent serious time was Portland, Oregon, population one-half million. New York has roughly eight million. The transformation of the earth is part of it—nearly every surface has been adapted for man’s use, and usually covered with dozens, sometimes hundreds, of meters of steel and concrete. One develops the illusion that people built the city up from the seafloor somehow. Even the parks (though they add greatly to the city) are defined mostly by their strict boundaries, their carefully manicured grounds, their sidewalks. I would pass a demolished building almost surprised that actual rock lay under the foundations. “Hey, check it out! Did you know there’s an island under here?”

Additionally, my hometown in America is absurdly tiny. The village where I live in 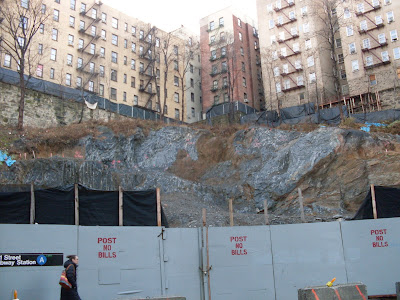 South Africa is one of the smallest of any volunteer here—about 500 people. Yet Torrey, Utah, where I grew up until I was nine years old, is about one-third that size. It too was exceedingly remote—coming here was strangely nostalgic after the crush of the New York crowds.

James quickly got me off the register a few hours a week and working in his section—inventory. James was the keystone employee, keeping track of prices, stock, inventory, and sales. An unhealthy portion of this was in his head, but he seemed to handle it fine. He was from Yonkers, divorced, chunky, and perhaps the crudest person I’ve ever met. His jokes could give me full-body shivers weeks later.

He carefully managed the store’s relationship with the Jewish community, with which we did a roaring trade. That is no mean feat, either—there were periodic inspections of the kosher deli, and a rabbi had to watch us place sealing stickers on certain items, to make sure we hadn’t touched anything. During Passover we sold about a cubic kilometer of various Passover-only goods. I helped James manage the whole affair, which involved swapping out the entire contents of the kosher aisle (as normal kosher stuff is not usually Passover-kosher). I learned all the signs and codes that signified the various types of kosher.

Though James was fairly good at the mechanics of operating the store, he was a miserable manager of people. He was rude and cruel to the cashier staff, most of whom were teenage Dominican girls. The slightest mistake would earn someone a permanent epithet, usually starting with placeholder “fucking retard.” As a result, he went through employees like a Hollywood starlet with an 8-ball of cocaine. The average cashier retention time was about three weeks, which meant that hardly anyone outside the managers knew where anything was.

James was mean, that is, to everyone but me. He treated me with such blatant favoritism that it became a running joke amongst the other cashiers. He seemed to enjoy my company, sometimes rearranging my schedule so that I could work and talk with him. He could have (and probably did) make fun of me behind my back, but at least didn’t attack me to my face like everyone else. I’m not sure why that was. I find my effect on people unpredictable. Perhaps it was sheer novelty.