Nonfiction: The Key to New York, part I 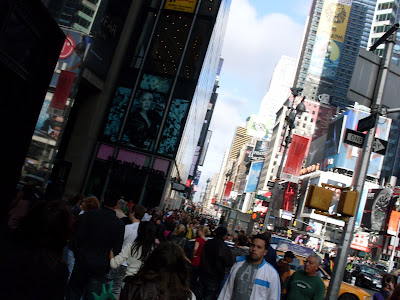 [Happy New Year!  To celebrate, here's a story I wrote about my time in New York City.  Since I'm on vacation, I'll be posting it in installments Dickens-style.]

On 29 September 2008, the Dow Jones industrial average dropped 778 points, then a one-day record point drop (though not in terms of percentage). This marked the beginning of what economists call the “Great Recession,” the worst financial crisis since the Great Depression. On 8 November, I boarded a plane to New York City, no job prospects or plans in mind.

I wasn’t totally helpless. My friend J. was teaching first grade in the Bronx with Teach For America and she was a bit lonely and hating the New York social scene. She said I could come and stay with her and her roommate. I was killing time, waiting for the departure of my South Africa Peace Corps group in July. “I don’t have a job over there,” I said. “It sounds like no one has a job over there.” I had recently graduated with a degree in chemistry from Reed College. “All my professional contacts are in Portland.”

“It’s fine,” J. said. “I’m paying the rent already. Just come and wash my clothes and I’ll pay the rent until you can find a job.” What the hell, I thought. Never been to New York.

For the first few months I couldn’t find much work. I did a couple odd jobs, tutoring and so forth. I played a lot of video games, went through a lot of beer, and walked hundreds of miles around Manhattan. J’s apartment was in Washington Heights on 186th street; I occasionally made it down to the 50s on foot. It was an alienating experience at first. Walking around the most densely populated city in the US, seeing probably two thousand times the population of my hometown every day, I spoke to no one. I used to take a book and ride the subway for hours, people watching and seeing how lost I could get (not very). That and museums took up most of my free time. An experience like this is hardly original, but it was some cultural whiplash—much worse than moving to South Africa, where I write these words.

Much of the fault was my own. With a reclusive personality, no job, no hobbies, and no money, of course I had no friends. Actually I think as far as cities go New York is friendlier than its reputation would suggest, and certainly far more sensibly planned and efficient than most places; indeed hugely dense cities seem inevitable if the human race is to survive in anything like its current state. With a decent job and some social networks New York could be a perfectly reasonable place to live—far superior to, say, Phoenix, which I consider a blighted dystopian hellscape.

Washington Heights is a slowly gentrifying neighborhood still mostly populated by ethnic minorities: Jews (mostly Orthodox) and Dominicans. It is heavily segregated; Broadway is the borderline—east is Dominican while west is Jewish. I confess to being surprised that the Heights are actually atop a big hill—perhaps used to the normal suburban evasions like “Babbling Brook Estates” for a neighborhood on a sun-blasted salt flat.

I must admit that my job searching was fairly half-hearted. I found hundred of listings for chemistry positions, all just slightly out of reach. They would be for analytical work (mind-numbing horror), or require two years experience, or be a two hour train ride down Long Island, or be for a five year contract, or most often some combination thereof. I wasn’t in the market for a career there in any case—but the truth is that I probably could have found some kind of welfare-for-sociology-majors type job someplace. My heart just wasn’t in it. I wanted to hang drywall, do something honest. So for a couple months I was just a bum watching my savings dwindle alarmingly.

One day on a trip to pick up some groceries from the Key Food on Broadway and 187th I spied a sign in the window. “Cashiers wanted for morning shift.” What the hell, I thought. I’m not proud. The next day I asked for a job. I had to work myself up to it; I had a suspicion that it would be about the weirdest thing to happen to the manager all day. It was.

One should know that it is utterly impossibly to survive on minimum wage alone in Manhattan without living on the street or panhandling. Groceries and basic necessities aren’t that bad, but housing is brutal. J’s two bedroom apartment was $1650 per month, and that was considered a screamer deal. Full time at $7.15 would net you about two-thirds of that. I took the job anyway. I figured it would be at least a little money while I found something a little more sensible. 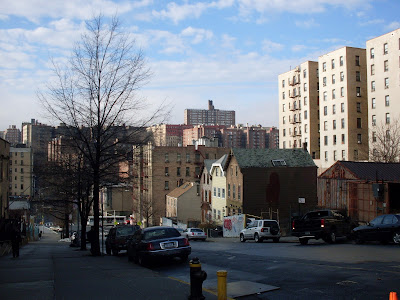 I showed up the first day ten minutes early. James, the manager, gave me a 5XL blue Key Food jacket and a drawer with $200 to count. A sign on the wall said “CASHIERS MUST COUNT YOUR DRAW BEFORE WORK.” The one bit of New York that infected my speech was that “draw.” I still say it sometimes. James goggled at my last name. “Could you be any more white?”

“I could be a Republican.”