By Ryan Cooper October 13, 2013
One more big one, just wrapping up the last of my travels. Here's Wheeler Peak in Great Basin National Park: 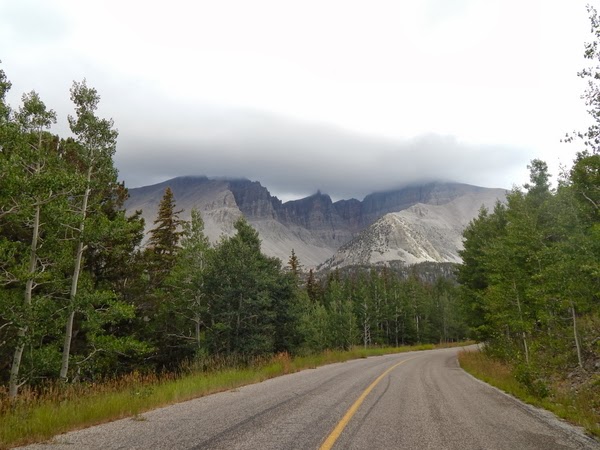 Here's a rock outside of Gold Butte, to which I unfortunately never made it. 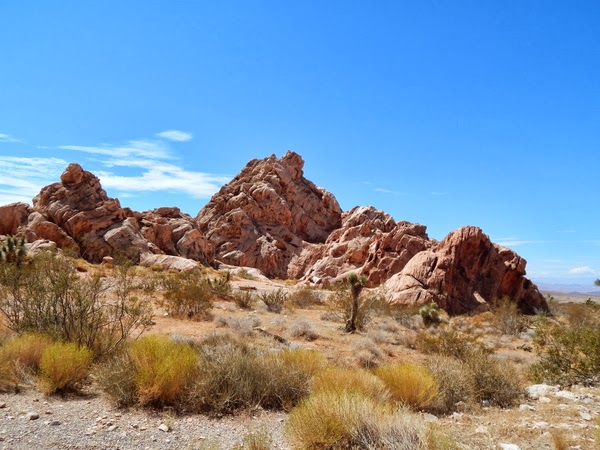 Here's a panorama of Hoover Dam. Dig how low Lake Mead is; it was below half when I took this picture.

Here's a view of one of the massive spillways along the side. 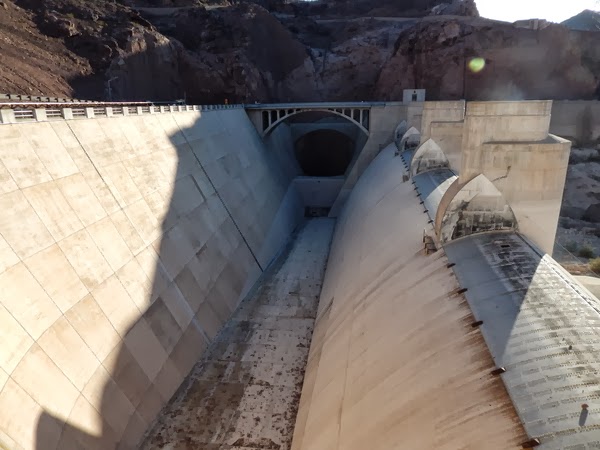 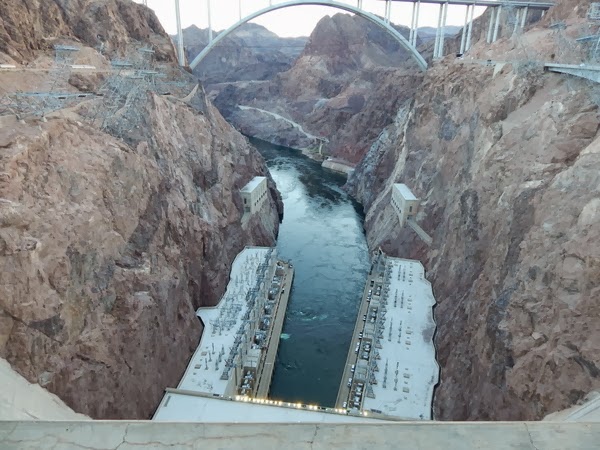 Here's a sunset at my folks' place in Cortez, Colorado. 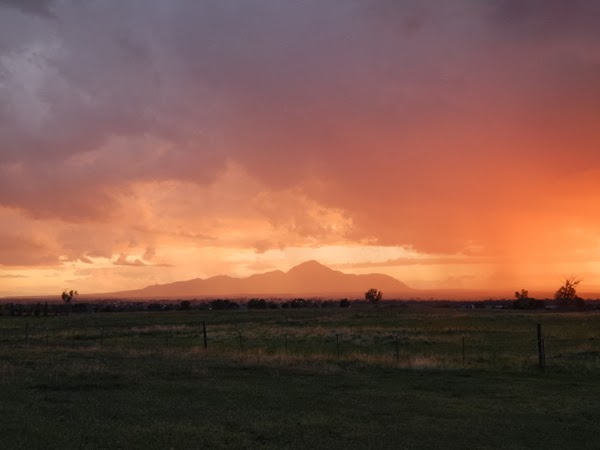 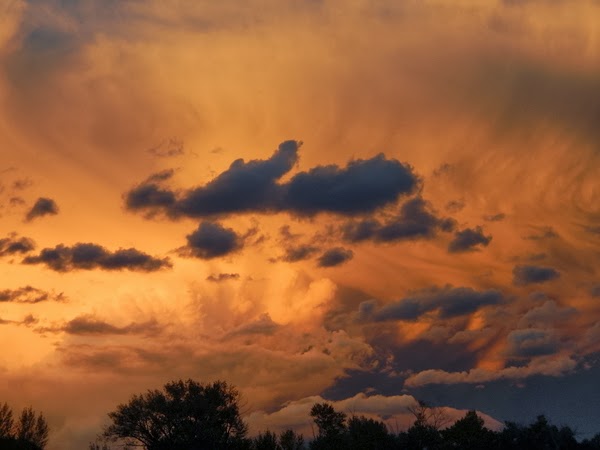 On to Grand Canyon! Here's a panorama from during our hike down the Bright Angel Trail.

Here's a wave in Granite Rapid. 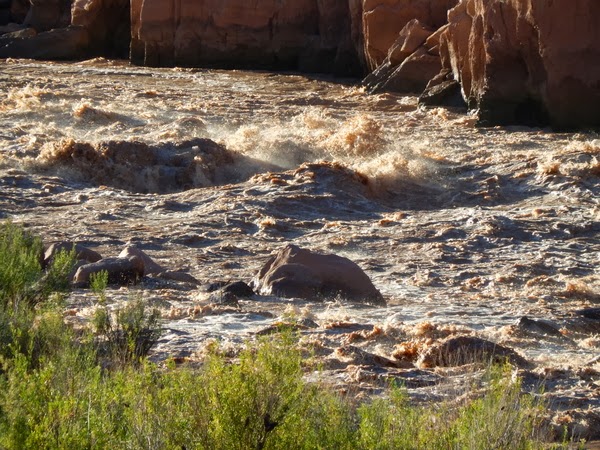 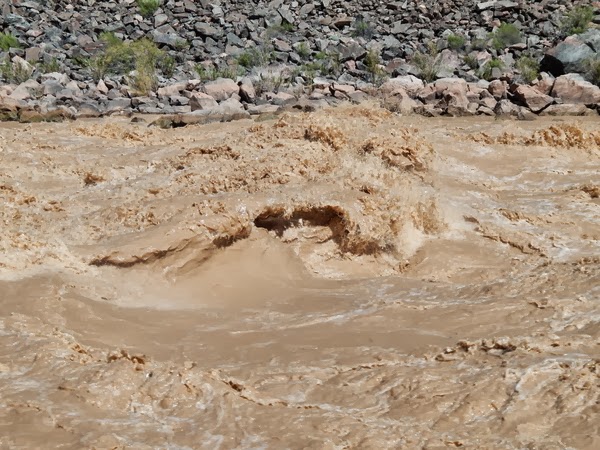 Here's my friend Bego running Hermit. Notice he takes a wave up top and loses an oar, but gets it back right quick: 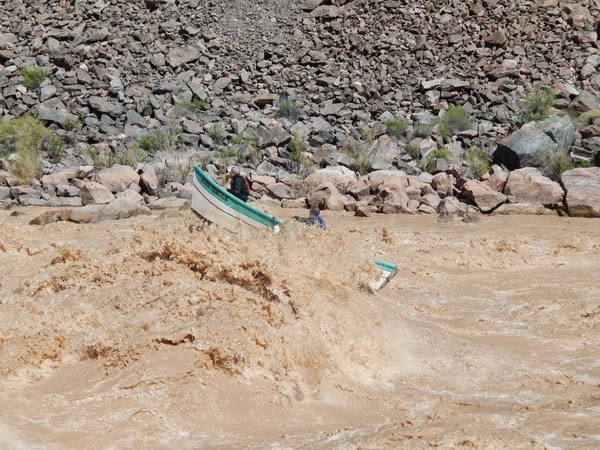 Here's my mom in Hermit. There's a passenger buried under all that spray somewhere: 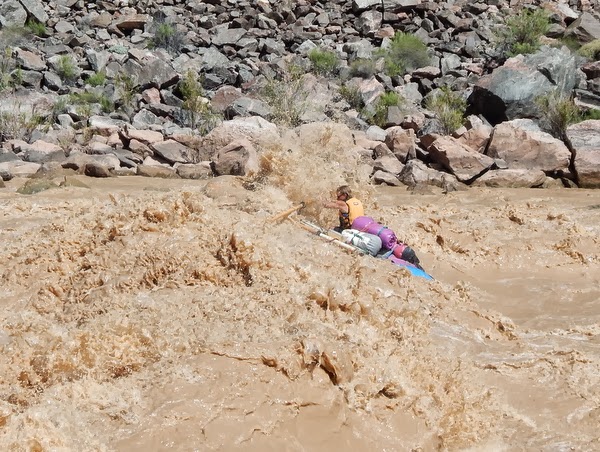 My friend Emily in Hermit. 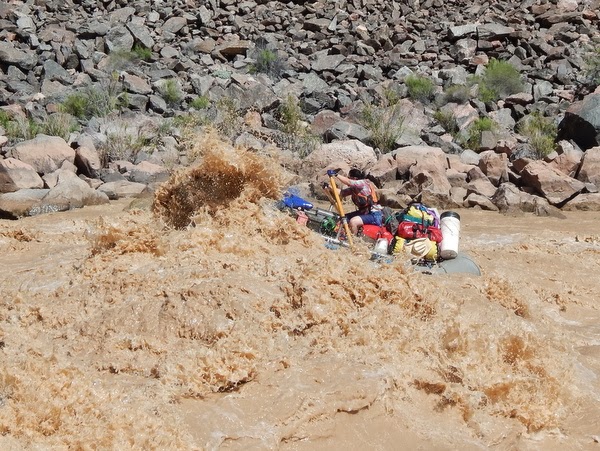 My friend Alan in Hermit. 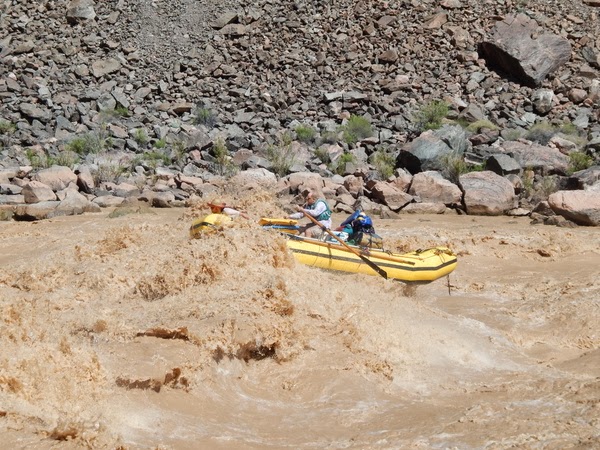 My friend RB (Emily's mother as it happens) in Hermit. 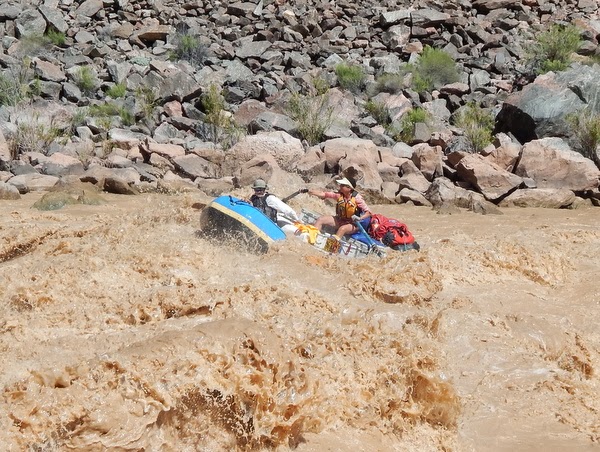 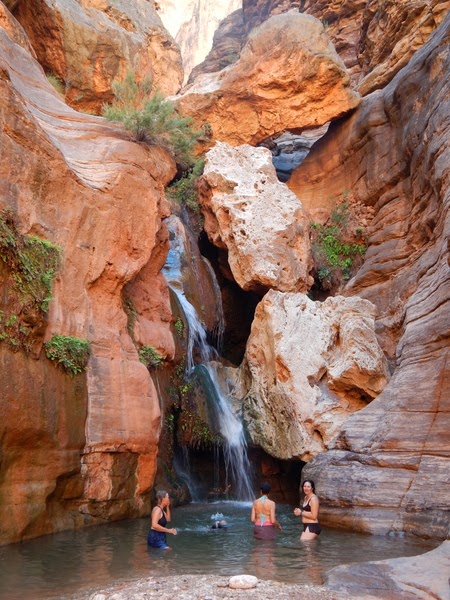 Nice reflection when I was rowing the boat. 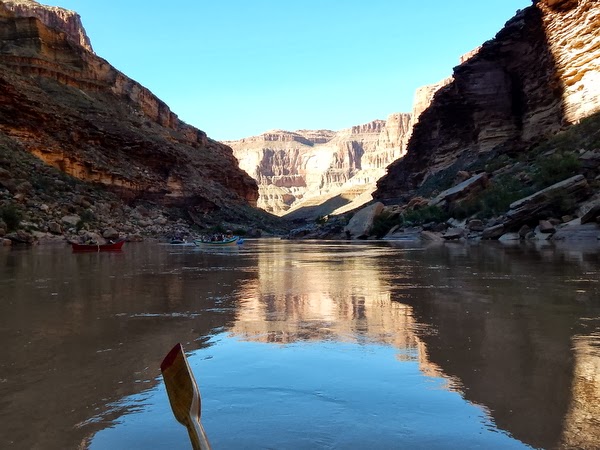 Bego and my mom cooking some dinner. 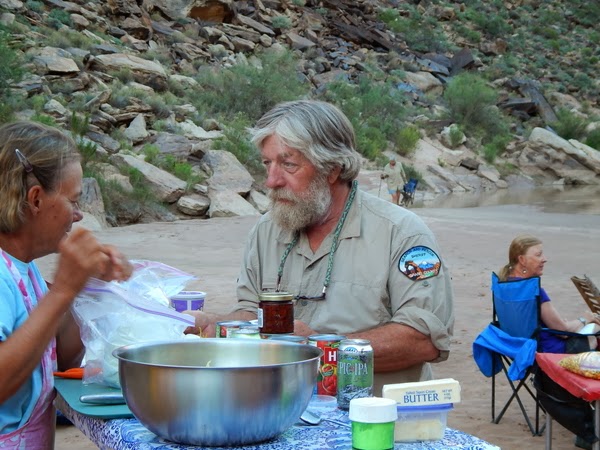 Dories on the water. That's my dad in front and Vince behind. 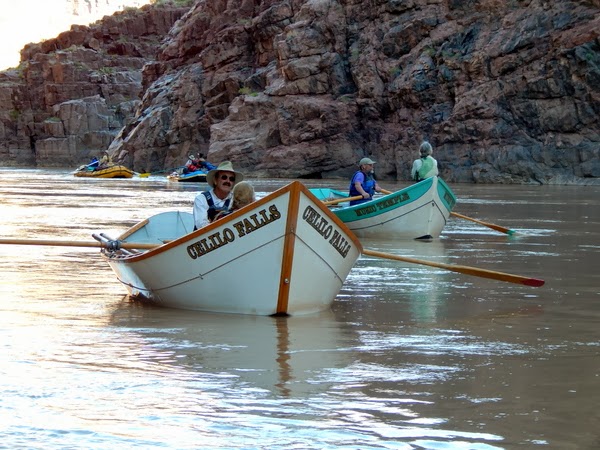 A tiny waterfall a ways up Kanab Creek. 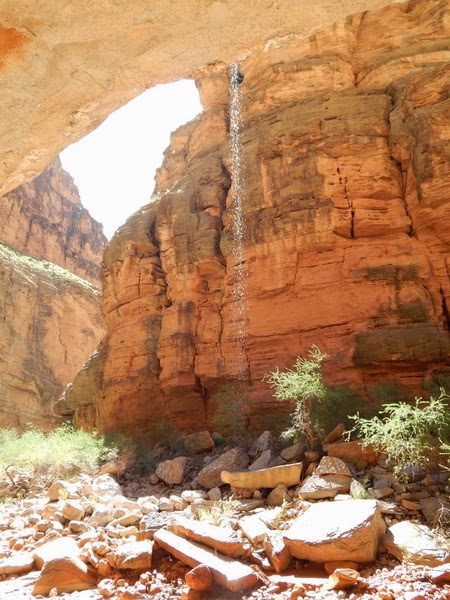 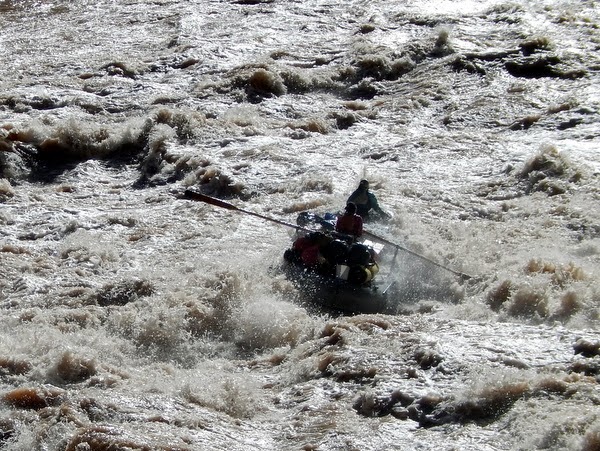 Me and my dad in Lava, just about to get hammered. I'm at the oars and my dad's head is stuck in that wave coming over the bow. I didn't have it quite straight and we almost flipped, but fortunately made it. 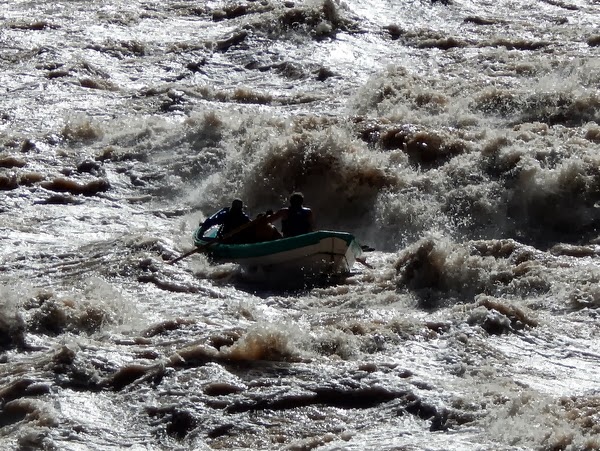 My friend Tom in Lava. 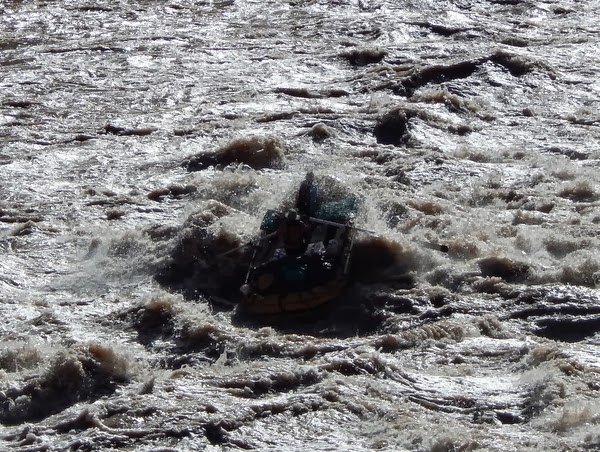 This is below Lava—a picture of the lava flows that came and dammed up the river a few hundred thousand years ago. 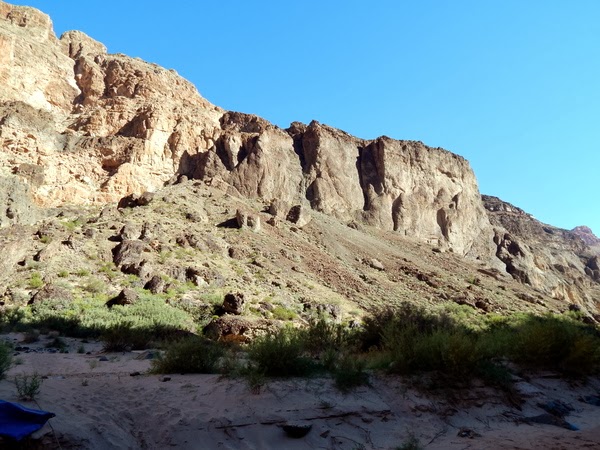 Here's an interesting view. When the lava flows dammed up the river (one of them 1200 feet deep) the river ended up cutting around the dam, since the side rocks are much softer than the basalt. The black rock here is actually where the river used to go, and the sandstone on the right is actually what used to be the opposite bank—the river has cut around it on the far side. 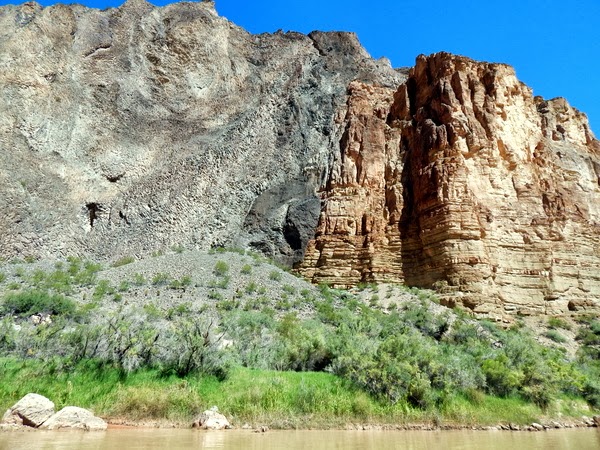 Finally, here's my dad showing what it's like to row a dory through a small riffle. Note the subtle oar technique; one must be constantly ready to feather dory oars since they rock so much in the waves.