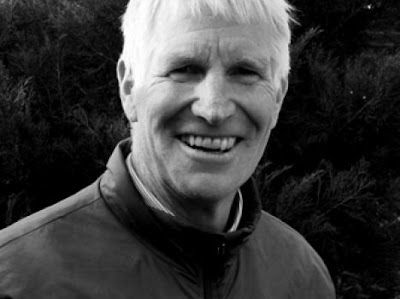 
At approximately 2:03 p.m. today an aerial search team spotted a male subject matching the description of missing hiker James “Randy” Udall. The subject was in open/rolling terrain laying on his side. The helicopter immediately landed and deployed the two search and rescue members on board. The subject showed no signs of life and was identified as Mr. Udall.

A search and rescue member, who is also a Wilderness First Responder, stayed with the victim while the helicopter returned to base to pick up a detective with the Sublette County Sheriff’s Office. The body was flown back to base and transported to Pinedale by the Sublette County Coroner. An autopsy will be performed in Loveland Colorado at the request of the Coroner and Mr. Udall’s immediate family. Foul play is not suspected.

I didn't know Randy that well, though my father did. Both my parents worked with his brother Brad Udall in Grand Canyon back in the day, and knew Randy through the broader community. Right now my dad is on a Grand Canyon science trip, as a matter of fact.

I knew Randy from the time my family and his family shared a private Grand Canyon trip back in 2003, and from his reputation as an indefatigable environmentalist. I remember him being a kind, funny guy with a nearly compulsive love of hiking. He was also the brother of Mark Udall, Colorado's senior senator.

My heart goes out to his family.


"It is with great sadness that we announce the passing of our beloved Randy. Randy's body was discovered today by the heroic search and rescue team that worked for days to locate him in a remote area of the Wind River Range of Wyoming. Our family is extremely grateful to Sublette County Sheriff Dave Lankford, his staff, Tip Top Search and Rescue, the United States Forest Service, Wyoming Air National Guard, and all others involved for their tireless efforts over the past several days. Although an autopsy is forthcoming, it appears he died of natural causes.

"Randy left this earth doing what he loved most: hiking in his most favorite mountain range in the world. He appeared to be on the obscure, off-trail route that he had proposed to his family. The entire Udall family is touched beyond words by the tremendous outpouring of support from people around the country. Randy's passing is a reminder to all of us to live every day to its fullest, just as he did."