Recent Foreign Policy History Does Not Deserve the Name "Realist" 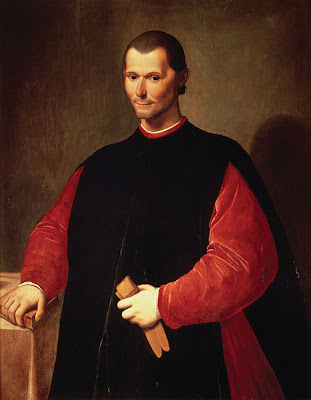 One of Josh Marshall's readers comes up with the following scheme:


What I find most compelling about the Snowdon affair is what it says about changing generational attitudes toward foreign policy—in particular, I feel that it’s the first major salvo in Generation Y’s war on realist foreign policy.

Edward Snowdon and I are the same age; our adolescence sits squarely between the fall of the Soviet Union (8 years old) and the events of 9/11 (18 years old). During that time, without the bipolar rivalry that overshadowed much of the twentieth century, American culture shifted toward a greater emphasis on issues that assumed global cooperation, such as environmentalism and humanitarianism, and placed significant value on cross-cultural exchange. (I’m thinking of shows like Captain Planet, in which an international, multi-ethnic team of kids thwart rapacious corporate villains). Furthermore, it was always assumed that the United States, secure in its position as the world’s sole superpower, would be leading such efforts, and doing what it could to bring about a more unified, less contentious world community.

Contrast that with the tenets of realism, which assume that competition between states is an immutable fact of life, and that individual nation-states are, in some sense, perpetually at each other’s throats for the upper hand on the world stage. In such an environment, the less savory aspects of spycraft (like spying on your allies, or hacking into the servers of private companies) make perfect sense. But in the world Edward Snowdon and a lot of other Gen Y kids thought they were growing up in, it’s a gross violation of basic decency. Worse, it’s a vestige of a bygone era, a worldview that has no appeal to children of the Information Age, who have seen the power of unbounded, collaborative spaces like the Internet and are increasingly disgusted with the human toll wreaked by self-serving foreign policy.

I definitely agree that the recent history of American foreign policy has been a nearly unmitigated disaster. I just don't think "realism" has much to do with it—in fact, it's still an idea worth considering. The Iraq war, the ur-fiasco of the last decade, was an imperialist project pushed by a bunch of dipshits who thought they could remake the Middle East according to a hyper-ideological scheme. It beggars belief to imagine a hard-bitten realist like George Kennan arguing that a war of aggression against a piddling tinpot dictatorship would be in America's interests.

Now, I also wouldn't say that self-interest is always the best model for international diplomacy. Ties of trade, tourism, and basic decency have created a good deal of mutual understanding that has, I think, calmed relations between the great powers. (Also, too, nukes.) And sometimes there are situations so horrible that basic morality demands some kind of action. (Genocide, yes. Ordinary war, not so much.)

But I think self-interested realism is an underrated method for organizing foreign policy because it is a sensible heuristic for determining which policies are likely to succeed. Rebuilding Iraq failed partly because the soldiers trying to carry it out, try as they might, ultimately didn't have the necessary personal investment in the project to make it work. They didn't know the people, the culture, the history, or the language like Iraqis do (the ones who didn't get blown to smithereens or emigrate, that is), and it didn't ultimately matter that much to them whether Iraq collapsed or thrived. The soldiers knew their tours would eventually end and they would return to the US.

In other words, no outsider will ever have the attachment to a country that a resident does.

This kind of reasoning is most obviously relevant when it comes to whether we're going to invade random country du jour, but it can hold for other things as well. Common currency areas like the Euro, for example, are really more of a foreign policy project than an economic one. And the Eurozone is failing in large part because the people with the power (Germany) refuse to act in the interest of Spaniards and Greeks. As Steve Waldman has said, "the nations of the Eurozone have ceded a significant part of their sovereignty to European institutions," and everyone but Germany is suffering for it to some degree.

So I'm all for international agreements for reducing greenhouse emissions and so forth, but I'm going to keep my realist cynicism within easy reach. Especially when I hear high-flown stuff about a new world order.