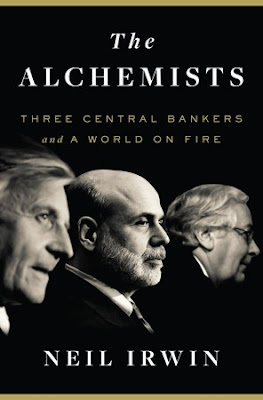 A mass unemployment crisis stretching across most of the developed world, reaching Great Depression levels of misery in Greece and Spain, would likely be thought strange by an economist visitor from 2004. After all, all the top central bankers of the world were back then attending self-congratulatory conferences about the “Great Moderation,” dedicated to explaining how they had this economy stuff licked. And while that is easy to mock in hindsight, it wasn’t an insane belief! After all, after the Great Depression economists developed a widely-accepted theoretical framework for depressions; everyone from Milton Friedman to Paul Krugman agreed that while they might have many disagreements on things like taxation or trade policy, depressions at least were a solved problem.

For especially in modern service-based economies, money goes in circles: my spending is your income, and vice versa. To drastically oversimplify, if we think of a depression as a situation where people develop a self-defeating urge to hoard financial assets, thereby just reducing everyone’s income, then central banks (and governments) have many tools to combat this problem, basically by pumping money into the economy until this demand for money is sated. Thus people can resume spending at previous levels. Indeed, the Great Recession has changed almost none of this analysis among economists, who have mostly just dusted off the old theories developed after the Great Depression.

In other words, the developed world’s top central bankers (Ben Bernanke, the head of the US Federal Reserve, Mervyn King, the head of the Bank of England, and Jean-Claude Trichet, the head of the ECB until 2011, replaced by Mario Draghi) have been an embarrassment to the profession of late. In particular, the European Central Bank—which has, let’s remember, more power than any other over the state of the Eurozone economy—is a failure of world-historical proportions.

So what happened? Is this an institutional problem? A failure of politics? Or perhaps all our central bankers caught a case of the galloping stupid?

A great deal of evidence on this question can be found in the new book from Washington Post reporter Neil Irwin called The Alchemists: Three Central Bankers and a World on Fire. Unfortunately Irwin does not ask the question itself. It’s a shame, because the book has quite an impressive body of reporting behind it that, properly framed, could have served as a preliminary warning testimonial for future policymakers. Instead we have an account that is too sympathetic to the central bankers’ perspective.

However, I still recommend the book; there is a great deal of worthy material in The Alchemists. (The very act of writing a popular book about central banking is an act of high ambition that should be commended.) It has a lively, quick history of central banking as a profession, what lessons the profession thought it learned from previous financial crises, and the best reporting I’ve read on how and why central bankers acted during and after the great crash of 2008. I was particularly fascinated by the account of exactly what happens when the Federal Reserve Board agrees on another round of monetary stimulus and passes those orders on to the actual bond purchasers.

There is a tension between this kind of insider reporting, which will tend to justify the decisions of the principals, and big-picture analysis that explains the situation as a whole. Irwin successfully threads this needle when it comes to Ben Bernanke and the UK's Mervyn King, particularly when it comes to King's deeply irresponsible meddling in British politics. He assured the Conservative government-in-waiting that he could offset any damaging macroeconomic effects of tax hikes and spending cuts. He in fact failed at this task, as this austerity package pushed the British economy into recession despite some fairly aggressive actions on his part.

But the thread breaks when it comes to the actions of the "troika," (the ECB, the IMF, and the European Commission) starting in 2011, when they stopped dealing with the fallout of the 2008-9 crisis and began actively making things worse, mostly by forcing austerity on the weak countries of the European periphery.

As Irwin’s (again quite impressive) reporting shows, this fixation on austerity is largely the result of the internal politics of the ECB and the inflation paranoia that suffuses the entire European elite, especially the Germans. Trichet had basically the right idea on sovereign debt, recognizing that Greece’s debt burden was simply unsustainable and would require an open-ended bailout. Forcing bondholders to accept haircuts (i.e., partial debt cancellations) would spark a self-fulfilling panic as everyone fled the Greek bond market, and they would be forced to default and leave the Eurozone. Furthermore, if this came to pass, then the much, much larger Spain and Italy would likely be next in line, and the Euro would fall to bits.

But the German polity (and the French, to a lesser extent), who hold the whip hand on all things economic in the Eurozone, constructed a moralistic narrative that they were paying for the profligacy of their southern neighbors. This made a toxic combination with the fact that Trichet, along with almost the entire remainder of the European elite, had an obsession with fiscal balance and structural labor market reforms. Thus as a condition for a bailout Trichet imposed vicious austerity measures to convince the Germans that Greeks were "reforming" their economy (and being sufficiently punished for their misdeeds), which led directly to catastrophic mass unemployment. A similar fate quickly followed for Spain and Portugal.

In other words, the price the German elite—the seat of Eurozone power—demands for saving their pan-European currency is the devastation of about half of its population.

This is an extreme description, and not the words Irwin would use, but this is a world-historical crisis we are witnessing. The way in which the monetary authorities of the Eurozone have trampled over democratic legitimacy, for instance, is almost impossible to overstate. When the Italian government balked at harsh conditions for a rescue package, the technocracy executed a coup d’etat and replaced Prime Minister Berlusconi with the more pliable Mario Monti. (The recent electoral backlash from the Italian electorate is hardly surprising.)

This political incentive structure of central banks is, I think, is the answer to the question I posed above. The Federal Reserve is a complex bundle of anachronisms, with many of the key position filled by financial industry elites, but it is still the most democratically accountable of all the major central banks, and so it has acted most aggressively to fix America’s unemployment crisis.

The underlying problem with the ECB, by contrast, is the institutional structures of the Eurozone itself. First, there is no common fiscal union as there is in the United States. (As some economist wags have pointed out, the first rule of being in a common currency without fiscal union is: don’t join a common currency without fiscal union.) More importantly, there is no accountability to most of the populations affected by ECB policies. There is no reckoning for an ECB head that literally destroys economies under his supervision. But financial industry elites can and do apply pressure, so the ECB moved heaven and earth to rescue its financial sector.

The way I read The Alchemists I’d wager the Eurozone institutions simply cannot choke down the necessary policies to fix up the currency area question in anything like a sustainable fashion. So far they have stumbled into about the worst of all possible outcomes—not failing so bad that the shared currency comes apart, which would be disastrous but hold the promise of eventual recovery, but just bad enough to create permanent depression conditions across much of Europe.

Furthermore things are still getting worse—overall, the Eurozone economy as a whole has not grown since the third quarter of 2011, inflation is consistently below target, and total unemployment is now at 11.8 percent and rising—and the troika continues to dawdle. Even Germany’s economy contracted slightly in the last quarter of 2012.

If the Eurozone is unsalvageable, then it is of critical importance for the lives of tens of millions of people that it be unwound as soon as possible in as orderly a fashion as possible. Irwin simply doesn’t consider this possibility, and it’s a shame, because I’m still wondering what he’d think about it.