Why I Would Be Nervous About Buying a House 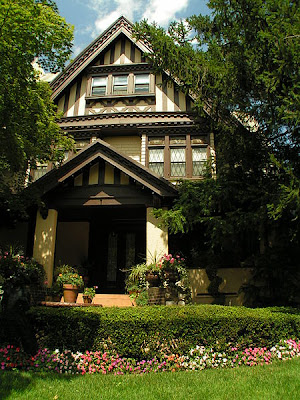 Matt Yglesias does a bit of armchair psychoanalysis about why people my age are reluctant to buy a house despite the fact it can be radically cheaper than renting:


In the real world, I doubt we'll see a surge in homeownership.

For starters, a lot of people are now locked out of credit markets. But what's more, anecdotally most of the creditworthy renters in their late-twenties or early-thirties who I know are now totally paranoid about buying a place. This is the number one cognitive malady of investors. If prices go up, people hear about lots of people making huge returns and want to buy into a market. If the market crashes, instead of hunting for bargains people find themeselves haunted by nightmare stories.

I think he is partially right here. People my age graduated from college into a hellish economy burnt to a cinder by a massive housing bubble—it's only natural for us to be a bit wary of that smoking crater. But there's more to the story.

First, to buy a house first you have to come up with a down payment. Especially in an expensive-ass market like DC, this will take years to save up. (At my wages, decades.) I'm not certain where I'll be next year, let alone in five. Second, and probably more importantly, buying a house isn't just an investment—it's a massive commitment. Where buying stocks back in late 2008-early 2009 (something at the time even I realized would have been likely to pay off) only involves the money you're putting up at the time, a house is a whopping great claim on 30 years or whatever of future wages.

In other words, it's not the investment aspect of buying a house that freaks me out, it's the leverage. Policy elites worldwide have not exactly impressed of late with their ability to properly manage effective demand, and while I think the Dodd-Frank financial reform is underrated, none of the root causes of the crisis—too-large banks, too-large and influential financial sector, and galloping income inequality—have been addressed. I would estimate the likelihood of another global financial cataclysm in the next ten years at ~50%, and in the next 30 years ~100%.

So you can understand how young folks these days might be just a little leery of making a hugely leveraged bet on anything, housing or otherwise. It's very easy for me to imagine taking on a $300,000 mortgage just in time for the next bubble to pop, causing another recession, where I'm stuck holding the bag with no job and no savings. No thanks.

(And somewhat more idiosyncratically, I find the whole investment mindset—High Capitalism as practiced today—vaguely distasteful. Wall Street, banking, finance, investment, and "consulting" seem to me largely the province of thieves in suits, and I want no part of it if at all possible. But that's just me.)