Why GMO Opponents Are Not the Left's Equivalent of Climate Deniers 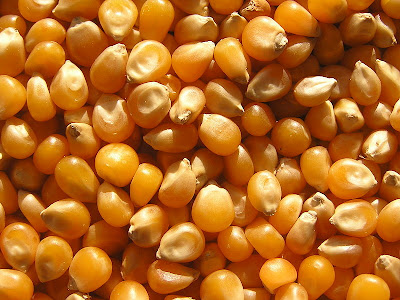 Matt Yglesias was plugging this Slate piece on Twitter today, "GMO Opponents Are the Climate Skeptics of the Left:"


I used to think that nothing rivaled the misinformation spewed by climate change skeptics and spinmeisters.

Then I started paying attention to how anti-GMO campaigners have distorted the science on genetically modified foods. You might be surprised at how successful they've been and who has helped them pull it off.

I’ve found that fears are stoked by prominent environmental groups, supposed food-safety watchdogs, and influential food columnists; that dodgy science is laundered by well-respected scholars and propaganda is treated credulously by legendary journalists; and that progressive media outlets, which often decry the scurrilous rhetoric that warps the climate debate, serve up a comparable agitprop when it comes to GMOs.

In short, I’ve learned that the emotionally charged, politicized discourse on GMOs is mired in the kind of fever swamps that have polluted climate science beyond recognition.

I don't buy this frame. First, it's true that the recent study on genetically modified corn is, from what I can tell, total BS. However, the science on GMOs is not yet nearly as conclusive as the science around climate change, and probably never will be. From my cursory research it seems there is no conclusive evidence so far that GMOs have any negative effects. Yet when we're altering the genetic structure of our food, a bit of the precautionary principle is in order. It's only prudent to keep a wary eye on new varieties, hybrids, or species until they have been thoroughly tested. GMO denial, though it does deserve the name, is not yet on a par with A-list denial, like the evolution, climate change, and Holocaust varieties.

Secondly, most of the actual scientists and science writers are now on "the left," if only from having been hounded out of the right. If I may be so presumptuous as to include myself in this group, there is a strong sense that in order to maintain our credibility we must keep our own house as clean as possible. Witness Orac and Carl Zimmer come down like a ton of bricks on the study and the reporters who irresponsibly blasted it from the rooftops. If GMO denial becomes more prominent on the left, well-respected people like Zimmer or Neil Tyson will root it out ever more vigorously.

We've seen this before. It is unfortunately true that tribal biases make some on the left willing to credulously accept quackery like homeopathy or the bogus vaccine-autism connection, and there remains a small core of conspiracy theorists who darkly insinuate about how Big Pharma is buying off all the science bloggers and so forth. But that kind of quackery, especially genuinely destructive varieties like vaccine or AIDS denialism, have become totally unacceptable in mainstream left discourse. Scientists, science writers, and people who take the "reality-based" slogan seriously work hard to keep it that way.

Climate denial, on the other hand, is now mandatory on the right, up to and including their presidential candidate. The 2012 GOP platform mentioned climate change once, to downplay it. Of the dozens of 2010 Republican Senate candidates, only one (Mike Castle, who lost his primary) supported strong action on climate. It is unfortunate that Mark Bittman and Bill Moyers have flirted with bad science on this topic (and I'd wager that sort of thing will die down some as more lefty thought leaders start attacking GMO denialism), but it hardly compares to the lockstep Republican position.

So, to be generous, come back to me when 75% of Democratic congressional candidates and the President support banning GMOs in the teeth of the evidence. Then we can talk about an equivalence of denial.