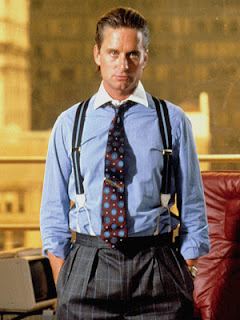 Now, I happen to be in broad agreement with Scott Sumner, who argued in an episode of "Economics by invitation" earlier this year that "The proper tax rate on capital income is zero". Indeed, I agree with Mr Ryan when he says:

"Raising taxes on capital is another idea that purports to affect the wealthy but actually hurts all participants in the economy. Mainstream economics, not to mention common sense, teaches that raising taxes on any activity generally results in less of it. Economics and common sense also teach that the size of a nation’s capital stock — the pool of saved money available for investment and job creation — has an effect on employment, productivity, and wages. Tax reform should promote savings and investment because more savings and more investment mean a larger stock of capital available for job creation. That means more jobs, more productivity, and higher wages for all American workers."

(Italics!) Indeed, the standard economics case for a tax preference for investment income is fairly strong.

Yet the real world looks somewhat different from these assumptions. First, it's not clear at all that this "capital gains" Romney is claiming actually has any tangible relationship whatsoever with real investment. On Planet Neoclassical low taxes on capital gains means more investment and a bigger capital stock. On Planet Earth the real investment sector of the economy is decent-sized, while the financial chicanery sector is much, much larger. Especially given the last few years, the idea of the financial sector being an efficient allocator of capital seems preposterous beyond words.

Hedge fund managers (who aren't even any good at investing) are the ultimate example of this—they get to claim their wages as capital gains through a loophole. But a perhaps better example comes from something Doug Henwood is constantly saying: Wall Street, in particular the stock market, is mostly not about uniting savers and borrowers—nearly all corporate investment comes out of profits. Instead it's about extracting money from companies, among other things.

Right now the overwhelming problem with the economy is a continuing mild-to-moderate depression and associated mass unemployment. From my perch it looks like Romney and his capital-gains collecting brethren are stymieing the policies that could lead back to full employment. (See him saying Bernanke should be fired for the Fed's half-assed monetary stimulus.)

In other words, not only does a Wilkinson-style argument ignore the reality of Wall Street's parasitism, it also ignores the political reality of how a hugely empowered cap gains-collecting class behaves—in a depression, they band together (with others) to stifle effective demand and prolong unnecessary misery. (Needless to say, that doesn't exactly bode well for aggregate investment.)

The real point of capital gains taxes is to reduce the power and influence of the creditor class, and keep them from strangling everyone else and themselves.