Why "Rational Self-Interest" Bugs Me

By Ryan Cooper April 15, 2012
The phrase "rational self-interest" chafes my strap. I don't think it's entirely worthless--I do think an assumption of amoral self-interest, broadly defined, can be a highly useful first approximation, which is why economists are so excited about the concept. Profit-maximizers are a lot easier jam into a mathematical model than irrational actual people. But it is often taken too far. Here are three complaints:

People aren't terribly rational. I'm willing to concede that most people have a strong tendency toward self-interest, especially those in a position of authority, but behavioral economics is full of irrational tendencies people display that have been documented extremely well, even when measured in terms of self-interest. People take shortcuts and procrastinate; our reasoning systems are somewhat ad-hoc and don't always work perfectly. 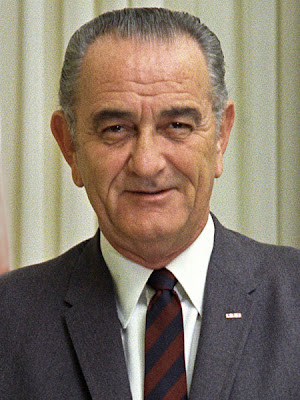 "Rational" is a normative term, and I don't like how it's attached to "self-interest." This is kind of a quibble, but it's irritating when economists try to sneak normative, valorizing ideas into their ostensibly neutral definitions. It sneakily implies that selfish people are the ones that are really thinking clearly. It's lazy at best, psychotic at worst, and behind a lot of the asshole behavior that economists too often display.

Finally, self-interest can easily be twisted into a question-begging shape that is impossible to disprove. This is by far the most obnoxious way the idea is used. Take, for example, Robert Caro's view of Lyndon Johnson. He is simultaneously deeply impressed with how much Johnson achieved on civil rights, poverty, and the like, but is repelled by the man personally. Johnson was often a monster, who was cruel "for the sake of being cruel," but according to Caro he really tried to alleviate the plight of the poor using his power, and succeeded to a remarkable degree. So did Johnson really care about the poor, or was he just using them to get what he wanted? Or, did he just get a personal pleasure out of helping the poor, and therefore just did it to get a jolt of selfish pleasure and accomplishment?

These hypotheses may be partly or mostly true, but the obnoxious part is that no matter what the action, you can tell a self-interested story that explains it. Mother Teresa was just in it for the thrills and satisfaction. Martin Luther King did it for the accolades. Etc. But an explanation which cannot be disproved is ultimately of little use. It explains everything and therefore nothing.

For my part, I find Caro's human explanation of Johnson more convincing. He came from extreme poverty, and while he often was a terrible, cruel man, he genuinely sympathized with the poor and tried to help them because he thought it was the right thing to do. (In addition, of course, to lots of self-interested political reasons.)

Again, I don't deny that rational self-interest has a lot of explanatory power. But to try and jam all of human experience into that box mangles us beyond recognition. Often the most interesting, redemptive facets of humanity are where people escape from narrow, cynical self-dealing.