Einstein Was Right About Insanity 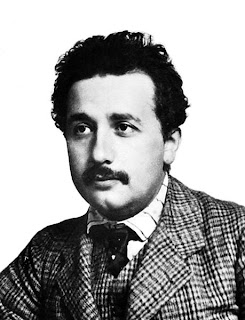 Jonah Goldberg, noted right-wing intellectual, has a new book out about cliches. He doesn't like them, and today he highlights one he especially doesn't like:

“Einstein defined insanity as ‘doing the same thing over and over again and expecting different results.”

First of all does anyone know if he really said that?

Second, this is absurd. You know a better word for “doing the same thing over and over again and expecting different results”?

I can't find definitive proof of the veracity of the Einstein quote one way or the other, though I think Goldberg is right to be skeptical of it; that sort of thing is common. But this is a tendentious misreading of the cliche. When practicing, you expect the same thing every time, namely to get better at whatever you're practicing. Einstein (or whoever) obviously meant that if you're trying to accomplish some goal, and you do something and it doesn't work, then it's foolish to keep doing that same thing. He would define insane practicing as doing a lot of bowling, say, and expecting to get better at Frisbee. (For a real-life example, see austerity in Europe.)