By Ryan Cooper March 08, 2012
A loyal reader pointed me to this piece by David Platt:


At the source of the coming revolution is this simple fact: The inflation-adjusted price of college has quadrupled since 1982 (source: cnnmon.ie/bApHLC). Has the value of that education quadrupled, or even doubled? Not that I can see. That artificial price increase has created an academic bubble like the stock and real estate bubbles we’ve encountered recently. Now combine disruptive technology (ubiquitous fast Internet) with the worst economy in living memory and you spark off cataclysmic structural change. The bubble is about to burst.

Imagine taking the world’s 10 best teachers of freshman calculus and paying them each a million dollars for a video. Put them all online at $100 a pop, including exams and problem sets. Capture just 3 percent of the roughly 4 million college freshmen in the United States, and you’ve recouped your investment in the first year.

Wouldn’t students prefer that to paying $12,500 (one-fourth of their yearly bill at a private university) to suffer through an apathetic graduate student boring everyone in a 500-seat lecture hall? Wouldn’t they rather enjoy a far better instructor, watch on their own schedules, re-run confusing sections until they understood them, progress at their own paces, for less than 1 percent of the price? Not just yes, but hell, yes!

Now expand this idea to any large lecture class where the material seldom changes: freshman economics, organic chemistry, English literature, even introductory computer science. It won’t cover everything, but looking back at my own college transcript (painful), it could have replaced about three-quarters of my classes. Quality way, way up; price way, way down.

You'll get no argument from me about the problem with rising costs, but I don't think quality instruction is the biggest problem to overcome with online education. Shoot, lots of really great courses are online already for free, and they haven't disrupted much yet. There are some other things at work here. 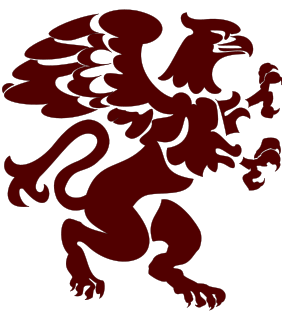 Let's get a couple things out of the way first. The most obvious problem will be with the credential aspect of the degree. The most likely place for online programs to make inroads is with state schools (high-status places like Harvard will always be around, I suspect). There is a lot of cheating at state schools and I would imagine there would be even more if people were taking a course online, so there would be problems with diluting the prestige of the degree, especially if there are hundreds of thousands of students. But there could be many ways around this--special testing venues, where no computers or phones are allowed, etc. There are a lot of different ways to attack that problem.

Rather I think the big problem will be with motivation. I went to Reed College, and while it has its share of problems, the best thing about the place is the intense atmosphere of learning that has developed there. The culture is such that there is enormous peer pressure to study really hard, all the time. During my junior year I was working until past midnight seven days a week for most of the first semester. (I took four science classes, three of them with labs, at once. I wanted to figure out how much I could handle. That's about the maximum.)

Of course, not every degree will require that kind of work, but learning is hard, and can be sort of unpleasant. Regular old curiosity or greed won't cut it, especially when we're talking about science and math classes. The online model that figures out how to get people to put up serious effort will be the real paradigm-breaker.