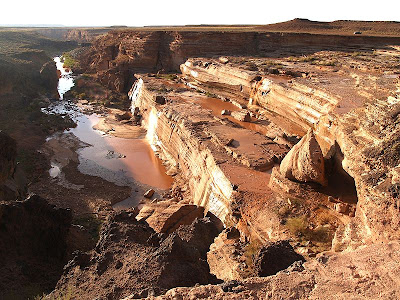 Matt responds to my review and defends the Sun Belt:


Obviously the Sun Belt is doing something right. And what they're doing right is that they actually want to add people. And that's how cities grow. Public officials and thought-leaders down to grassroots people in the community take a kind of pride in growth that leads you to sit down and say we want to work this out so that lots of houses and infrastructure get built here. Lots of American cities—particularly the smaller, cold ones with declining industrial bases, your Buffalos and your Clevelands—face the very serious problem that people don't really want to live there. But Washington, D.C. and its environs are absurdly squandering the fact that there's high demand to locate things in and around our city. I don't think that's a point that's best emphasized by highlighting the aesthetic failings of cookie cutter Sun Belt subdivisions.

Fair enough, but that's not really what I was getting at, though reading my post again it is a bit muddled. Let my rephrase my point. It's mostly aimed at environmentalists, anyway. So, another try.

Part of Yglesias' overall argument, besides the policy brief, is trying to assemble a political coalition around the idea of greater density. Conservatives should support it because anti-density regulations are an infringement on property rights, and liberals should support it because of general environmental and efficiency reasons. This is all good. But the environmental argument is phrased almost entirely around wonky technocratic points about how cities are more efficient and use less energy.

Again, those are all good points, but my addition was that probably the most well-trodden path to environmentalism is an aesthetic and moral one. But it can lead to some errors in thinking, and Matt could appeal better to this environmental wing. (Let's face it, conservatives are not going to be convinced.) I can personally illustrate this. I grew up in the canyon country of the Southwest and feel a deep connection to the land there. Looking at the galloping suburb growth around Phoenix chewing up virgin desert by the square mile, I developed an aversion to this kind of development and quite naturally connected it to population growth.

This is the big mistake. Environmentalists tend to think that the big problem in the world is that there are too many people in the world and that's why humanity has such a heavy environmental impact. Edward Abbey had this belief and so did Walter in Franzen's book Freedom. It is wrong. The big environmental problem is not population growth, the problem is resource allocation. A lot of people I know out west make this mistake, and can become rather obsessive about it.

What environmentalists need to realize (and where Matt could do a better job convincing them) is that if they want to reduce suburbia's appetite for fresh land, they shouldn't blame the suburbanites. They should blame (at least for now) the heavily zoned urban cores for keeping people out.