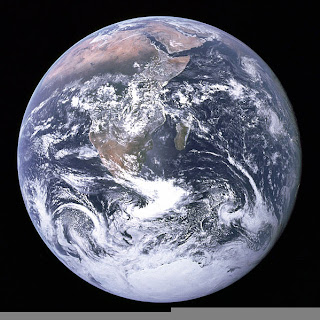 
1. The assumption that the economy can be modeled with a representative agent; in other words, that the macroeconomy behaves as if there's only one person in it.

2. The assumption that government doesn't exist, or exists only to transfer income from one person to another.

3. The assumption that prices are fully flexible.

4. The assumption that firms are simple profit-maximizers and make zero profits in equilibrium.

5. The assumption that individuals have rational expectations.

6. The assumption that risk preferences can be entirely modeled using people's utility of consumption, and that this utility can be modeled using a small number of parameters that do not change over time.

7. The assumption that labor markets clear.

8. The assumption that "technology" is represented by the Solow residual, and that technology is exogenous and evolves according to a simple time-series process (for example, an AR(1)).

9. The assumption that the business cycles we observe represent small enough fluctuations that the model that describes them can be linearized around its steady state.

Second, a list of the things which the latest version of this model doesn't include:


Fast-forward to 2007, and have a look at the Smets-Wouters model of the business cycle. This "New Keynesian" model is currently considered the "best" DSGE model in terms of forecasting performance. Which is to say, it performs ever so slightly better than the judgment-based forecasts of well-informed individuals. Consequently, some variant of the Smets-Wouters model is used by most central banks as their DSGE model of choice (which they use as a complement to other types of models, such as SVARs, reduced-form models, and judgment-based forecasts). Of course, the fact that Smets-Wouters is the "best" DSGE model does not mean it is very "good." Its forecasts are basically useless more than one quarter into the future...

I thought of climate modeling when I read this post. Both climate and the macroeconomy are clearly chaotic systems, in that they are impossible to rigorously predict on a short-term basis. One can no more predict the exact number of people that will be hired in New York City in August 2014 than one can predict exactly how much rain Portland, Oregon will get in the same month. But chaotic systems, though they are noisy, have some deep structure: 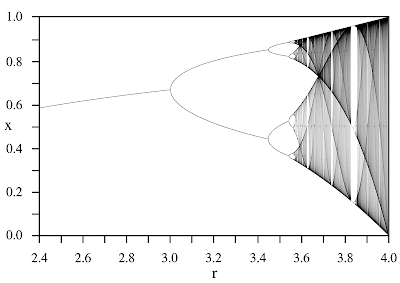 The climatologists seem to have it basically figured out. They've got models which, while pretty damn complicated, give reasonably accurate descriptions throughout many time periods for overall climate behavior. Economics is clearly missing that qualitative accuracy.

So what's the problem? Is the macroeconomy fundamentally more complicated than climate? Or are agents just tougher to include than carbon dioxide molecules? Or are we starting from bad premises? Further study is required.