How to waste infrastructure tax dollars in Forest Glen, Maryland

By Ryan January 26, 2012
This metro stop is about a five-minute walk from my house: 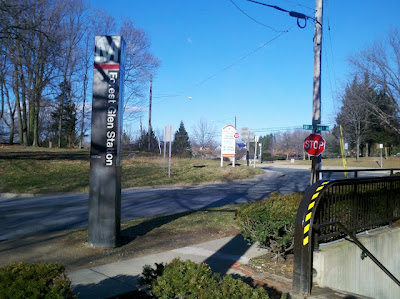 The background here is that a month or so ago they demolished an old house on a great big lot, probably the better part of an acre, right across the street from the Forest Glen metro station on the Red Line. You can't see, but if you zoom in on the picture the sign across the street says that they're going to be building some single-family homes soon.

The natural question here is just what in God's name would make a developer or real estate agent think that single-family homes are the best use of vacant land literally ten steps from a heavy rail station. There are trainloads of money to be made, and good public policy to boot. One would hope if we're going to spend hundreds of millions of dollars of taxpayer money on public transport the logical thing to do would be to put up big-ass apartment buildings, or at least some townhouses, near the stops when possible.

The answer, of course, is that if you look (pdf) the place is zoned for single family residential only. More generally, if someone proposed rezoning the lot the neighborhood busybodies would likely respond with howling, purple-faced outrage, probably centering their complaints around parking and ill-concealed hatred of the young and/or poor. (At least, given how I was treated when I moved in, that's my best guess.)

It's not all bad, as there are at least some medium density-zoned sections nearby, but this could have been a great opportunity to sneak in a little improvement, especially given this station is already mostly devoted to giant parking lots.

UPDATE: Here's another shot which gives a sense of the size of the lot they're throwing away here. It's huge. 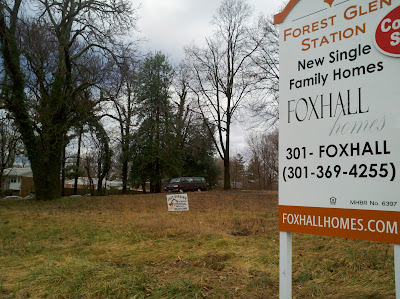