Africa is not a country 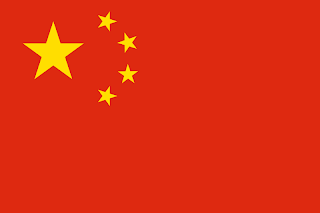 
Are we doomed to a future in which we are mere vassels to a burgeoning and aggressive Chinese hegemony? If you vote for Barack Obama, yes! In fact, according to Mitt Romney, he's actively working toward such future.

But seriously. Are we? I don't think so. Sure, China is going to grow and there will inevitably be some shifts in influence as that happens, but if I had to make a 50-year bet on any region of the world, I'd pick the United States. Europe has demographic and growth problems; Russia is doomed once their energy resources run out; Africa will remain a basket case for the foreseeable future; India is starting from a poor base and I'm not convinced they have the governance or institutions to maintain rapid growth over the long term; and China — well, China has its problems, as I've noted multiple times in this space.

Ok, whatever. My natural question when talking about stuff like this is: who cares? Being the sole superpower seems to mean we just have a greater than average propensity to launch idiotic wars of aggression that actively damage our security while letting our own vital infrastructure crumble to bits for lack of funds.

But I have a better quibble. So America and Russia are both single countries, that makes sense, Europe has nailed itself to a cross of 2 percent German inflation, all sinking as one, so that's defensible too. But Africa is not a region in any sense like the previous ones. First of all, it's fucking enormous. As big as Japan, the UK, the US, Europe, India, and China combined. Second, it's not universally a "basketcase." Some countries are doing quite well, others not so much. Overall the 2000s were probably the best decade for Africa writ large in hundreds of years. Botswana and Mauritius in particular are doing very well for themselves, more than twice as rich as China.