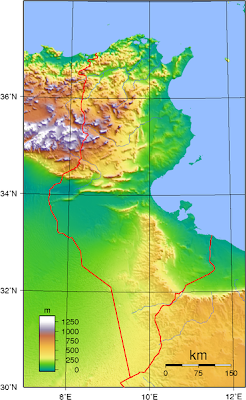 A new president was just inaugurated in Tunisia:

"I am proud to carry the most precious of responsibilities, that of being the guarantor of the people, the state and the revolution," said the 66-year-old Marzouki on Monday, wearing his trademark oversize glasses and his usual grey suit with white shirt and no tie.

Marzouki was elected with 153 votes in the 217-member constituent assembly, with three of the 202 deputies present voting against, two abstaining and 44 opposition members casting blank ballots.

The election seems to have gone off quite well. Now comes the real challenge. Overthrowing an oppressive regime is often the easy part. While it can be terribly bloody to face down a dictator, it's relatively easy to maintain focus. The goals are easy to understand and widely supported.

Let me be clear: I am in no way diminishing the courage or the achievements of the Tunisian opposition. They have done a very great thing. But instituting a democracy on the bones of a dictatorship is a tough proposition. The democratic norms are weak among the political class. The incoming administration has little governing experience, and usually has tremendous credibility from their work overthrowing the oppressors. If they make mistakes leading to a loss of popularity, they can be tempted to leverage large majorities in the assembly to consolidate a new oppressive regime. This is basically what happened to countries all across Africa after the end of colonialism. Ghana, Zaire, Zimbabwe, Tanzania, Uganda, Ivory Coast and others, all fell into close to the same trap.

On the other hand, the atmosphere for democratic institutions is far better than it was back in the 50s and 60s. The Soviet Union's manifest failure means that Tunisia is far less likely to try disastrous socialist experiments. The internet (assuming the US government doesn't break it first) makes organizing and transparency easier. Many of the previously mentioned African countries (like Ghana) have since rebounded, so the new government can learn from their mistakes and their successes. For even more positive examples, there's always tiny Botswana, one of my favorite countries, which managed to successfully transition from colonialism to a representative democracy. "Washington Consensus" capitalism has been badly discredited; the government is less likely to try revolutionary Thatcherite mass privatizations right out of the gate.

The critical issue will be if the populace remains watchful of the government. If the leaders feel pressure to provide for their citizens, then things have a good chance of working out. So far I remain hopeful.