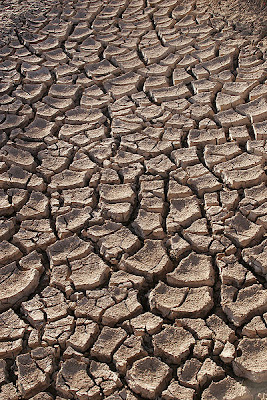 
In my last post, I discussed a new peer-reviewed paper by climate scientists Kevin Anderson and Alice Bows. It paints a grim picture:


-The commonly accepted threshold of climate "safety," 2 degrees C [3.6 degrees F] temperature rise over pre-industrial levels, is now properly considered extremely dangerous;
-even 2 degrees C is drifting out of reach, absent efforts of a scale and speed beyond anything currently proposed;
-our current trajectory is leading us toward 4 or 6 (or 8 or 10) degrees C, which we now know to be a potentially civilization-threatening disaster.

Like I said, go ahead and pour yourself a stiff drink.

He sets a deadline of 2015 as the point at which rich countries must start decreasing their emissions. I sure hope that we will get our collective act together, but if I had to guess, I'd say that not only are we not going to make that emissions target, we're going to accelerate past it.

The only thing that might save us is a giant global recession. Hey, it did the trick last time.

UPDATE: William deBuys has a new book out on this topic:


The Age of Thirst in the American West
Coming to a Theater Near You: The Greatest Water Crisis in the History of Civilization
By William deBuys

Consider it a taste of the future: the fire, smoke, drought, dust, and heat that have made life unpleasant, if not dangerous, from Louisiana to Los Angeles. New records tell the tale: biggest wildfire ever recorded in Arizona (538,049 acres), biggest fire ever in New Mexico (156,600 acres), all-time worst fire year in Texas history (3,697,000 acres).

The fires were a function of drought. As of summer’s end, 2011 was the driest year in 117 years of record keeping for New Mexico, Texas, and Louisiana, and the second driest for Oklahoma. Those fires also resulted from record heat. It was the hottest summer ever recorded for New Mexico, Texas, Oklahoma, and Louisiana, as well as the hottest August ever for those states, plus Arizona and Colorado.