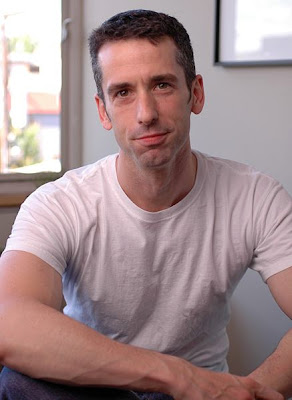 Via Sullivan, check out this Dan Savage interview:


...heterosexual male identity — and in America I don’t want to get too pointy-headed about it, but it’s really this package of negatives. You know, to be a straight guy is not to be a woman and not to be a faggot and so it doesn’t really leave you much room to maneuver. If there’s anything about your interests or personality that can be remotely perceived as feminine or faggoty, you have to kill it or people won’t believe you’re straight or you’ll be tormented — you know, questions for the rest of your life. And it’s kind of sad to watch how hemmed-in straight guys are.

That is surely true, but there's another aspect to this as well. Growing up as a straight boy, especially in a liberal environment, you are constantly bombarded by the ways men have treated and continue to treat women like shit. They are all absolutely true. Just the other day I read the most horrifying piece on the daily violent abuse to which female bloggers are subjected.

Especially if you self-identify as a thoughtful type, it's quite easy to get into the habit of bending way, way, backwards in a desperate attempt to avoid being a sexist asshole, which can quickly turn into (as most of my ex-girlfriends can tell you) abject cowardice. We still have a (thankfully decaying fast) cultural expectation that guys are supposed to make the first move. I am really almost incapable of this, and thus end up spending a lot of time alone. I admit it, if I'm single and an interaction with a woman turns even slightly romantic, I usually freeze up like I've been doused with liquid helium:

I think this should be obvious, but just to be clear, I am in no way trying to minimize the ongoing oppression of women, or compare the situation of straight males as being somehow just as bad. I'll take my discomfort over specific, detailed threats to come and rape me with a screwdriver. Rather I'm saying that our history of patriarchy and sexism has done men no real favors. Like Southern whites during Jim Crow, or Apartheid-era Afrikaners, men could only achieve subjugation by doing serious damage to ourselves at the same time.