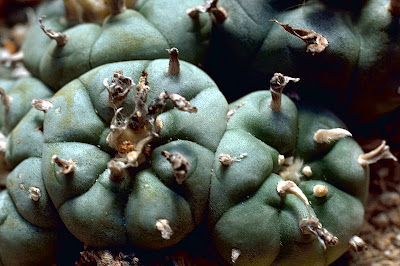 I'd like to codify my idea to de-Schedule I the psychedelics.  The characteristics for Schedule I are as follows:


1) The drug or other substance has a high potential for abuse.

2) The drug or other substance has no currently accepted medical use in treatment in the United States.

3) There is a lack of accepted safety for use of the drug or other substance under medical supervision.

The first qualification is preposterous for every major psychedelic save perhaps ketamine, which is already Schedule III anyway.  This should be obvious.  The minor ones (such as 5-MeO-DMT) are basically unknown in the literature, but that shouldn't give the DEA license to schedule as they see fit.  If you look at their declarations (see here for example), they usually use new drugs' similarity to existing badly-scheduled drugs as evidence toward putting them in Schedule I (by the transitive property of bullshit). The DEA, like police organizations everywhere, tends to try and maximize their own power, which means pushing for maximum restrictions.  In 1985 they overruled expert medical testimony and their own Administrative Law Judge to place MDMA (or ecstasy) in Schedule I.  These days they dispense with the expert testimony altogether, and just emergency schedule any new drug a Deputy Administrator thinks is dangerous.

The second and third qualifications have been often used as a kind of Catch-22.  No studies means a lack of accepted use, and a lack of accepted use means that no studies can be approved. Nevertheless with the memory of Tim Leary fading, there has been an unexpected renaissance in psychedelic studies in the last few years (see here and here for example, as well as this article from my post yesterday.)

So here's my proposal.  We've basically got two categories of psychedelics in Schedule I: those that probably don't belong there, and those that definitely don't belong there.  In the second category, I'd put LSD, psilocin and psilocybin (the stuff behind magic mushrooms), peyote (and pure mescaline), MDA, and MDMA.  These are substances that have been studied definitively enough to refute all three conditions of Schedule I, and at the very least should be moved down to Schedule III.  The first category is the rest of the psychedelics, mostly a bunch of analogs of the classics.  There really haven't been any good studies of those, but the DEA should allow any established medical outfit that wants to study them a license until there is an accepted judgment one way or the other.

I think the only exception I would make is for PCP, which has such a bad reputation and so few benefits it's not worth fighting over.  Thoughts?