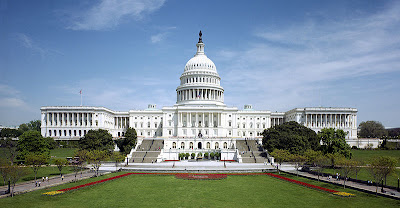 Actually, my new place is in Silver Spring across the border in Maryland, but the Monthly's offices are in DC, and I spend a lot of time there.  First, it is deeply weird to go from being the only white person in a village to being a one of roughly a hundred gazillion buttoned-down, white collar, shoulder-bag-wearing professional types with a smartphone.  Which, apparently, I need to be looking at every second I'm not working on my computer or ordering something from Starbucks.  Speaking of stimulants, I overcome my terror of the espresso machine and made my first cup.  Considering the racket the thing makes, it was surprisingly easy and tasty, but I half think I'd rather just cut to the chase and start snorting amphetamine.

I'm still feeling the culture shock in irregular bursts, but I think I may be an atypical example in this regard.  I seem to have a kind of autopilot mode that I unconsciously turn on whenever things get real stressful, so I don't have to think about anything very much.  In any case, one of the best accounts I've read about coming back from Peace Corps is here:


My second week back, still before I knew what hipster truly meant, I had an interview. The weather report said that there would be rain on the morning I’d be walking around in my suit, so I decided that after taking in a movie (my first in a theater in 17 months!), I would stop somewhere convenient to get an umbrella. Next door to the theater was what seemed to be, from the outside, a chain clothing store: pretty standard mall stuff, if a little trendier than the Gap or J Crew. (I went in only because it happened to be next door and seemed to be the only place in the immediate vicinity that might sell umbrellas. I don’t have a car, and the place I’d normally go — Target — is not easily accessible.) I expected that I might be forced to buy something like an umbrella with a PBR logo on it, but I rationalized the idea by saying it would be worth it to not have to walk all over the place. Thus began my first experience with a place called Urban Outfitters.

And I nearly had a panic attack.

The experience was more frightening than anything I ever confronted in Moldova — even hitchhiking with a car full of thick-necked, possibly drunk Russians. I’ve never been in a place where I so viscerally felt I didn’t belong, and while I was cautiously browsing through all of the ironic chatchkas in the accessory section looking for my umbrella, I overheard a girl who was wearing a fedora and a scarf on a 90 degree day call the band Grizzly Bear “too mainstream” for her. She saw me looking at her, stopped, looked me up and down, and (I’m pretty sure) rolled her eyes before continuing. I had to get out of there.