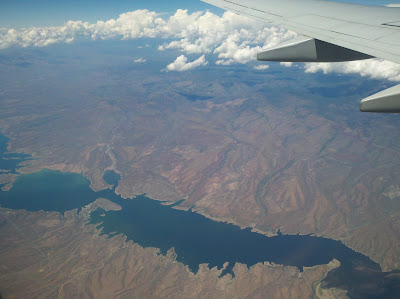 Apologies for the dead air, I've been in Phoenix meeting some family and friends. Now, however, I'm moving to Washington DC where I'll be interning with the Washington Monthly magazine. Gonna try to make a career out of this blogging thing, we'll see how it goes.

Phoenix is much changed from last time I was there, mostly from the catastrophic collapse of the housing bubble. It's a nightmarish place to build a city, with every day I was there well over 100 degrees, but really it's the inefficiency and sprawl that get to me. You could have a decent city with massively increased density and public transport , but right now it's so utterly dependent on the automobile change is hard to imagine.