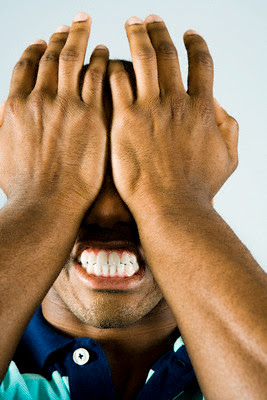 
But for future reference let's remember that the entire concept of a debt limit ceiling is ridiculous. If the Congress votes to spend more than it will take in in tax revenues, that is a vote to borrow money. Period. For Congress to vote once to borrow the money and then have to vote again to borrow the same money is silly.

That's not to say this has any constitutional relevance; Congress has broad latitude to do stupid things. But this was always a silly way of doing business -- which is the reason why no other major country has a similar procedure -- a time bomb waiting for one of the two parties to decide to play Russian Roulette with the nation.

Right now, the House is moving to reject Harry Reid's stupendous giveaway to conservatives before it is even passed (assuming they can get past a Republican filibuster).  There seem to be two easy fixes to this: the President invokes the 14th amendment, or mints a couple trillion-dollar platinum coins.  To my completely untrained eye the platinum solution looks less dubious, but quite frankly I don't particularly care which unilateral solution we use.  Is this a dangerous usurpation of presidential power?  I agree with this guy:


Some say this would set a dangerous precedent. Maybe so. But one must view every decision within the context of available options. The alternative is to confirm that the debt ceiling can be taken hostage in a way never experienced before. That admits a tremendous power in Congress, giving that branch a degree of leverage over the economy never before so fully exploited. Is that not a dangerous precedent too? Do we wish to face political debt ceiling threats again, and again, and again?

Keep in mind, if Congress finds the President’s actions so egregious, it has some recourse: impeachment. If the debt ceiling can be taken hostage, any President with an interest in protecting the economy (which we can safely assume is every President there has ever been or will ever be) has no recourse.

I do not understand any argument that implies it is OK for Congress (or one chamber of it) to so easily threaten to blow up the economy. Such a thing strikes me as self-evidently unpatriotic. And, if it is unpatriotic to threaten severe economic damage, isn’t it also unpatriotic to resist the demands that would prevent it?

The last decade has seen some of the most outrageous expansions of executive power in American history. Bush, of course, started a war on false pretenses, instituted a torture regime, violated secrecy and wiretapping statutes, and pardoned the only person to be convicted of anything.  President Obama himself has already started one illegal war, and continues most of Bush's terrorism policies.  You want some real tyranny?  How about federal agencies raiding medical marijuana dispensaries that are plainly legal under state law?

Yet when it comes to protecting the full faith and credit of the United States, suddenly the President's hands are tied.  I believe the platinum solution is legal, but seriously, what kind of executive usurpation is this?  The tyranny of...borrowing the money Congress has already voted to spend?  Please.  Call the White House now, and tell them to embrace the platinum option!

UPDATE: Yglesias is undoubtedly correct that this situation is symptomatic of broader political decay and doesn't bode well for the future.  Nevertheless, I can't help but conclude that exploiting the platinum loophole is the right thing to do in this moment.  If it's that or worldwide recession (or even savage spending cuts plus the same thing again in six months), put me down for the loophole.