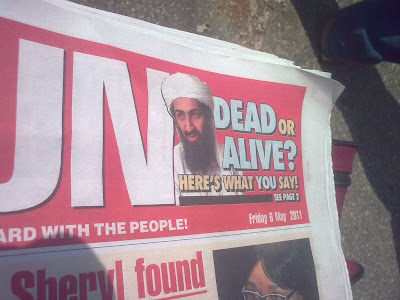 This is the front page of The Daily Sun, probably South Africa's largest tabloid. Despite all the debate about releasing the photos of bin Laden's death, I don't think anything short of capture or display of his dead body would have forestalled this kind of speculation here. South Africa's a fertile ground for these sorts of things.