The intervention in Libya 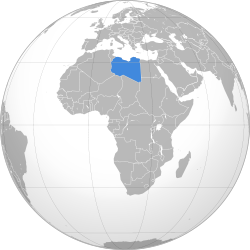 I'm not the full non-interventionist that Daniel Larison is.  I have to say that the failure of the West to intervene in Rwanda was a terrible mistake.  But I also think that clear-cut situations like that are extremely rare, and I am not remotely convinced that we face something similar in Libya.  So far the situation there is mildly encouraging in that it wasn't a completely unilateral rush to war.  I remain thankful that at least McCain isn't in charge of things.  Lord knows he would have gone off half-cocked and invaded Iran, Egypt, and Tunisia by now.

Setting that aside, my cocktail-napkin theory of humanitarian interventions is that if they're going to be done, they should be done right.  There needs to be a clear and obvious rationale (like genocide) and clearly defined objectives.  There needs to to be strong international support consisting of massive, overpowering force with more than token forces from at least a half-dozen great powers, and of course there should be UN authorization.  Most importantly, there should be a clearly defined exit strategy.  What, precisely, are we going to accomplish, and when can we declare victory and leave?  Or, if we cannot easily accomplish the objectives, do we then wash our hands and beat feet, or take ownership of the whole country?  We're at maybe 40% of that list with Libya.

It should be obvious that with these preconditions I oppose practically every proposed intervention.  What's more, I don't believe that most people currently pounding the war drums care that much about humanitarian problems.  How else to explain the complete inaction over the atrocious problems in Ivory Coast?  It is true, per Chait, that our glaring hypocrisy there doesn't necessarily invalidate the humanitarian rationale in Libya.  Two wrongs don't make a right.  But what it does say to me is that there isn't much of a humanitarian case to be made for intervening in Libya and instead it's all about democracy promotion, Libya's two percent share of world oil reserves, and loopy ideas about America's "credibility."  As Yglesias says:


If everyone cares as much about the loss of innocent African life as Libya interventionists say, then what on earth are they doing ponying up so little in foreign aid and doing so little to dismantle ruinous cotton subsidies? These aren’t really points about Libya. And why should they be? What do I know about Libya? What does Chait know about Libya? These are points about the United States of America and the various elites who run the country and shape the discourse. Exactly the kinds of subjects that frequent participants in American political debates know and care about. I see no particular reason to think that Libya will have any impact on malaria funding, but I do think the level of malaria funding is impacted over the long term by the existence of a substantial number of people (of which Chait is one) who seem to advocate for humanitarian goals in Africa if and only if those goals can be advanced through the use of military force to kill other Africans.

Emphasis mine.  It may well turn out that the intervention will go swimmingly. But right now I see a huge and completely unconsidered downside risk. Let's hope Obama and Sarkozy have the wisdom to avoid getting sucked into another Middle Eastern ground war.