What's the matter with PST? 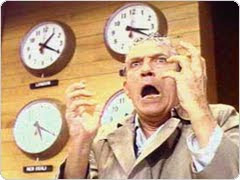 I just returned from pre-service training (PST) for SA23, and I'll be heading back soon. I had an excellent time for the most part. I really enjoyed seeing the trainees, and like to think I made some new friends. Yet the actual purpose of PST, namely preparing the trainees for the next two years, was in my opinion a near-total failure.

The problems lay in three main domains. First was logistics. Basically everything connected with any logical process—transport, food, IT, and scheduling—was a continuous slow-moving catastrophe. Large parts of the trainees' food were delivered days late, sessions very often started late (sometimes 2 hours or more), and IT setup often cut into session time. Second was the actual content of the sessions. Trainees seemed to think that most of the sessions were a waste of time, and the sessions they did like were mostly discussions amongst themselves. Finally, some trainees (especially ones that had been shipped here from Niger after that post closed) did not like the relentlessly negative atmosphere that had taken root at PST.

The logistical issues are at least a straightforward diagnosis: the people in charge do not do their jobs adequately. (The treatment, on the other hand, is more complicated.) Whether this is a management failure or just lousy personnel is an open question. I remember talking with the logistical coordinator about the aforementioned lack of food (since the volunteers visiting eat the same box of groceries as the trainees). "We're missing some food," I said. "Yes, no one has breakfast food," he replied. "I don't know what happened." I felt like shaking him—it was his responsibility! It's a small and trivial example, but representative of the kind of thing that was constantly happening.

This is a good time to introduce the issue of volunteers at training. Traditionally, volunteers have done many of the technical sessions, and there has been one volunteer present for the entire training to help with logistics and so forth. Put simply, the Peace Corps administration does not like them there, but has not thought hard about what it entails to get rid of them. For SA23, they drastically reduced the number of volunteers, and got rid of the permanent position. I actually agree that it doesn't make much sense to have volunteers doing lots of technical sessions—I for example, am manifestly unqualified to be doing most of the sessions I have been given.

But their solution is to give many of those sessions to the language trainers*, probably the only people involved in training who are an even worse choice than volunteers. What's more, though they only took a few volunteers, they ended up giving them a huge number of sessions apiece. In my opinion, there should be a single expert professional in charge of technical sessions, and volunteers should share stories about their experiences and help build enthusiasm. On the other hand, removing the permanent volunteer (the one helping with logistics) was a drastic mistake. The one area where volunteers are in general a valuable addition to PST is logistics; having one there to serve as a liason to the trainees and lean on the officials to get things done on time was a large benefit for previous PSTs.

The final logistical issue is just basic management. There was no centralization of command and no clear lines of responsibility. They kept the officials in charge of various branches of PST scattered far apart in different houses (which added yet more logistical problems) and meant that often those officials wouldn't arrive home until near midnight. The responsibility issue was just the usual bureaucratic buck-passing that everyone has seen. Each official should have a clear area of responsibility so that failures can be isolated and examined, and the responsible parties can't squirm away.

I've already talked a little about the content of the sessions. I agree that most of the technical sessions are in reality (but not in theory) useless. This has a great deal to do with the pre-PST training for trainers (GTOT-general training of trainers), something I've mentioned earlier. To abbreviate a very long and tedious story, the most important and concrete work of preparing for training was pushed aside in favor of a lot of abstract and vague program development. The Peace Corps has this particular development model for their sessions, and we spent the entirety of GTOT floundering around trying to bend the sessions into the correct shape, often completely forgetting about the actual content. At no point did we ask ourselves, as a group: 1) what is the point of this session? 2) what, precisely, are we trying to teach? 3) who is in the best position to teach this session? 4) how can we make this session interesting? In theory, I reckon, Peace Corps' development model is supposed to address these kinds of questions, but here it seems to be obscuring more than clarifying. The model is like brightly-painted paper mache around a balloon: on first glance, you might think it's solid, but once it's in your hands, you realize there's nothing but air inside. Thus the actual, concrete preparation for each session is largely improvised by each volunteer, the complicated model laid aside as effectively useless (and rightly so).

Again, I think hiring a real professional to take care of the technical sessions according to Peace Corps' criteria would help a great deal. A couple people could develop the curriculum as desired; leave the execution to someone with experience in managing a crowd. GTOT could then focus on how the language training should go, and what and how the officials want volunteers to do. 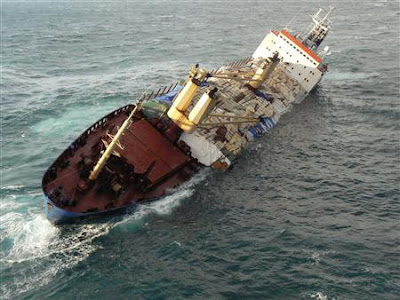 This brings me to the final issue, which is one I didn't anticipate before training. The volunteers from Niger told me that during their first PST they were very effective in building enthusiasm about the coming service and generally fostering a positive atmosphere. When serving South African volunteers come to training, we remember our own PST, which was usually a huge pain in the ass, and try to reassure people that though PST sucks right now, things get better when you get to your own site. We're trying to be supportive, but what I didn't consider is how that might feed into the negative atmosphere. Now, I'm not as bad as some, but I probably did say something to that effect on a few occasions. It's a tough line to walk. On one hand, you don't want to be dishonest, but on the other hand, negativity is catching, and it's easy to poison an atmosphere. I think volunteers should, while not lying about their own experiences, try to add as much positivity and good humor as they honestly can (unfortunately for me, that's not very much). The issue, again with GTOT, is that Peace Corps officials never tried to construct a strategy with the volunteers about what kind of atmosphere they wanted to create. In fact, they never directly told us how to act at all. Some of this is the volunteers' fault—but it's hard to always consider that what you might intend as comforting might not come off that way.

However, by far the commonest and most intense complaints from trainees were about the continual logistical failures. Making PST more effective and streamlined would greatly ameliorate the negative atmosphere, not to mention improving future trainees memories of PST. This is, in my opinion, where the bulk of the negativity problem lies.

These problems cut to the very core of Peace Corps administration here, and I'm not confident that they can be much improved without some kind of drastic organizational shakeup. We'll see how things are going when I return early next month.

*The issue with the language trainers is not intelligence, rather a question of training and experience, in particular practice in parsing complex bureaucratic English. Even native English speakers are very often terrible at this (I sometimes think bureaucratic language is a kind of disease that inhibits a person's ability to think clearly), and the language trainers' first languages are South African. Many of the trainers frankly admit this, and say things like, "I signed up to teach Zulu, not to teach about Participatory Analysis for Community Action. I had three days of training on that and I still don't know what it is." People should concentrate on their areas of expertise.