Merry Christmas from the States Side

By Pops December 25, 2010
So this Christmas we decided to get a tree anyway,the first in years. Recently, within an interminable month, Grandpa's passed on, Grandma's gone off a cliff with clinical debilitating anxiety and I'm suddenly chronically, critically ill. Every day is a new day - though I might probably have opted for the previous one. So we unload the boxes out of the attic, all the lights and ornaments, all the dust and memories, and pick through the lot. It's not a big tree, on purpose, and there's a lot more ornaments than can be hung on it, so we can be selective, and only hang the best; the tiny saxophone, the exquisite blown glass bells, an exact replica of the Wright brothers first plane.  When the kids had two sets of Grandparents, both sets got them each a commorarative ornament every year and the collection is out of hand.  We barely make a dent in it.

One year we had great big tree and we got every darn orament on there and in the middle of the night the thing fell over with a thunderous tinkling crash and a bunch of the best ones bit the dust.  We had lost a grandmother that year and the favorite ornament she had given us, a blown glass Santa's head of infinate frailty, was one of them. We cryed.What on earth could have caused the gravity of the tree to shift in such a way that it would suddenly topple?  Unseen forces effecting unseen changes until there is the rockslide or tsunami, pile of shattered tree bling or diabetes.   You wonder what the universe might be cooking up for you next.

The invaluable Stephen Gould identified the process of evolution as a "punctuated equilibrium;"  long periods of relative stablilty interrupted by short intervals of rapid change.  It's the same way the river does nearly all of its heavy lifting during flood stage. It's the way you can be lulled into a torpor by eight miles of flat water and roundly thumped in the drops.  "Sometimes the shit-storm," said Kurt Vonnegut,  "exceeds the powers of human comprehension." 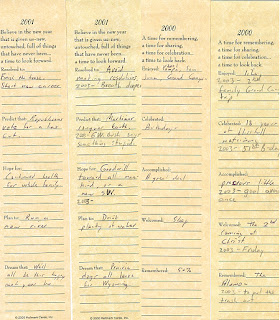