Nelson Mandela was a secret neuroscientist

By Ryan November 15, 2010
I'm really enjoying the NYT philosophy blog, The Stone.  The latest post by Robert Sapolsky is about the way the patchwork, ad hoc nature of evolution makes the brain mix up metaphors and reality:


Another truly interesting domain in which the brain confuses the literal and metaphorical is cleanliness. In a remarkable study, Chen-Bo Zhong of the University of Toronto and Katie Liljenquist of Northwestern University demonstrated how the brain has trouble distinguishing between being a dirty scoundrel and being in need of a bath. Volunteers were asked to recall either a moral or immoral act in their past. Afterward, as a token of appreciation, Zhong and Liljenquist offered the volunteers a choice between the gift of a pencil or of a package of antiseptic wipes. And the folks who had just wallowed in their ethical failures were more likely to go for the wipes. In the next study, volunteers were told to recall an immoral act of theirs. Afterward, subjects either did or did not have the opportunity to clean their hands. Those who were able to wash were less likely to respond to a request for help (that the experimenters had set up) that came shortly afterward. Apparently, Lady Macbeth and Pontius Pilate weren’t the only ones to metaphorically absolve their sins by washing their hands. 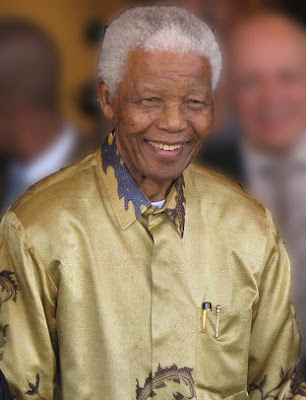 As an example of how this kind of thing can work in one's favor, Sapolsky brings this example:


But if the brain confusing reality and literalness with metaphor and symbol can have adverse consequences, the opposite can occur as well. At one juncture just before the birth of a free South Africa, Nelson Mandela entered secret negotiations with an Afrikaans general with death squad blood all over his hands, a man critical to the peace process because he led a large, well-armed Afrikaans resistance group. They met in Mandela’s house, the general anticipating tense negotiations across a conference table. Instead, Mandela led him to the warm, homey living room, sat beside him on a comfy couch, and spoke to him in Afrikaans. And the resistance melted away.