By Ryan November 06, 2010
One area where I part company with the likes of Yglesias, Mark Kleiman, and (apparently) Josh Marshall, is their unfortunate paternalistic tendencies.  It must be said that this kind of view is fairly common amongst the liberal intelligentsia, and is something I find really irritating.  It's wishy-washy, it's incoherent, and it's very often passive-aggressive.  Marshall provides the latest example:


More generally though, I just don't know if I think marijuana should be legalized at all. Maybe it's that I'm getting into my 40s. And maybe I'm a hypocrite. I of course know people who smoke grass. And I don't have any problem with it. Decriminalized? Yes, I think probably so. But that's not the same as legalization. It's very different actually. And let me be clear that I think our drug laws are catastrophic. They create endemic violence first in our major cities and now along the borders and it's led to generations of Americans rotting in prison. The whole war on drugs is an unmitigated disaster. And the fact that people can't use marijuana for clear medical reasons is crazy. But do I think it should be like alcohol? Anyone over 18 or 21 can buy it?

I remember, many years ago, talking to my father about the idea of legalization. And bear in mind, my Dad, God bless him, smoked a decent amount of grass in his day, said he didn't like the idea. One reason is that he was already a bit older by that time. But he had this very contradictory and hard to rationalize position which was that he was fine with people smoking pot but keeping it at least nominally illegal kept public usage in some check. Again, how to rationalize that in traditional civic terms? Not really sure. But frankly, I think I kind of agree.

For what it's worth, of course I've smoked pot. But for purely personal reasons I haven't in more than twenty years.


My view - regardless of the arguments back and forth about the effects of marijuana - is simply that it is absurd for any government to prevent people from growing a naturally-occurring plant that requires no processing to provide humans with pleasure. It's pretty basic, actually. This is a core freedom for human beings and requires an insane apparatus of state control and police power to prevent it from occurring. All you have to do is burn a plant and inhale the smoke. If humans are not free to do this in the natural world in which they were born, what on earth are they free to do? My premise is freedom; Josh's is not. 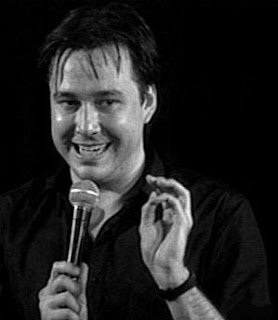 The point is the government has no business regulating how its citizens derive pleasure from a naturally occurring plant. Period. The whole idea is preposterous. And yet it is taken for granted.


Why is marijuana against the law? It grows naturally on our planet, serves a thousand different functions, all of them positive. To make marijuana against the law is like saying that God made a mistake. Like on the seventh day God looked down, "There it is. My Creation; perfect and holy in all ways. Now I can rest. [Gives shocked expression] Oh, my Me! I left fuckin' pot everywhere. I should never have smoked that joint on the third day. Hehe, that was the day I created the possum. Still gives me a chuckle. But if I leave pot everywhere, that's gonna give people the impression they're supposed to...use it. Now I have to create Republicans." "...and God wept", I believe is the next part of that story.