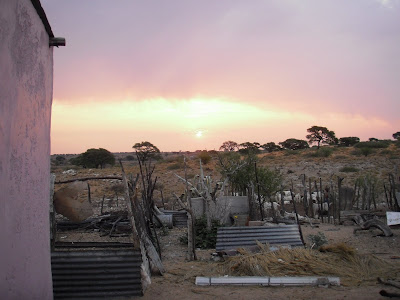 It's hot and miserable again here in Northern Cape. I've got some plans to mitigate the heat, though, starting with painting my roof white, and maybe even the walls on the outside as well. They get so much heat during the day that they're warm to the touch hours after the sun goes down. I might even try attaching some insulation to the underside of the roof as well. Though I am more of a winter person, I have to say I'm looking forward to some rain. We haven't had any to speak of since April and it's overdue. The spectacular sunsets should return with the clouds as well—and though it is hot, at least it's a dry heat, which is exponentially easier to handle than a humid one.