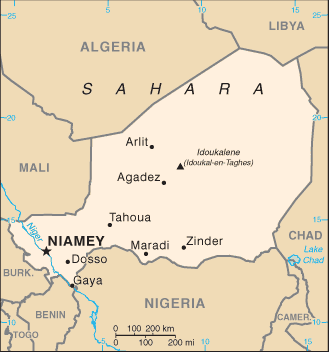 Our Peace Corps family has been suffering some tragedies lately. Stephanie Chance, a volunteer in Niger, has died of what appears to be natural causes. My thoughts are with her friends and family. Below I'm posting a letter from Director Aaron Williams.


I am deeply saddened to write that Municipal Development Volunteer Stephanie Chance, an admired member of the Peace Corps family in Niger, died on Thursday, October 7, 2010.

Stephanie, 26 years old, was found in her home in Zinder, and, at this time her death appears to be from natural causes.

Her sudden passing is mourned by the entire Peace Corps community, including her fellow training group members, who were recently sworn in together as Volunteers on September 23, 2010.

Stephanie was a native of Phoenix, Arizona, and she had arrived in Niger for training in July 2010. She had just arrived at her site in Zinder and was busy getting to know the community to help local officials better coordinate local government services and collaborative planning.

“My aspirations for my community are to assist them in identifying their needs, and helping them imagine the changes they would most benefit from,” she wrote in her July 2010 aspiration statement.

Before serving with the Peace Corps, Stephanie was an experienced certified public accountant in Arizona. Through Peace Corps service, Stephanie hoped to gain a more global perspective and a better understanding of other cultures. She held a B.S. in business administration and an M.A. in accounting from the University of Arizona.

In recent weeks, Stephanie had made significant progress to learn the local language of Hausa. In September, she completed nearly three months of intensive pre-service training in the village of Hamdallaye, Niger. She was fond of her host family and enjoyed talking with them in her newly acquired Hausa. 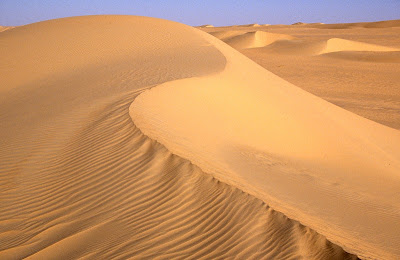 Stephanie was an active leader among her training group. She organized basketball games and coached local youth in the sport.

She was known by Peace Corps training staff for her smile and willingness to help others. She cared about the people of Niger and found ways to contribute, including participating in the annual tree planting to celebrate Nigerien Independence Day and promote conservation.

Peace Corps Volunteers represent the best America has to offer -- compassion, generosity of spirit and an enthusiasm for what is possible through cooperation. Stephanie’s sudden passing is terribly painful for the entire Peace Corps community. Please keep her family and friends in your thoughts and prayers.

UPDATE: Her obituary says: "In lieu of flowers, the family asks that donations be made to Horses Help, PO Box 71005 Phoenix Arizona 85050 or Peace Corps Niger Fund at www.peacecorps.gov."

I felt like I had been punched hard in the stomach. Unable to speak or breathe and feeling extremely nauseous, I fell to my knees in the dirt, only vaugely aware of the nearby merchants’ cries of alarm. Rachel continued to say that Stephanie was found in her house that night, that no one knew the cause of death yet, that all of the PCVs from Zinder region and my stage were coming in to Niamey the next day for a service, and that she, Rachel, was coming to my house as soon as she could get a car to stay with me so we could make the 2 hour journey together in the morning.

Images played in my mind like a movie, Stephanie and I sitting at a volunteer’s house eating tuna sandwiches and playing Uno over Demyst during our second week; Stephanie asking one of the training site kitchen staff in broken Hausa if he knew how to make breakfast burritos; Stephanie making plans to visit Morocco in March, right before hot season; Stephanie during the Nigerien fashion show, standing in front of us wrapped from head to toe in a ridiculous outfit made from thick layers of pastel green lace (“This is seriously the hottest thing I’ve ever worn,” she said, panting and sweating, and a male volunteer watching winked and replied back, “You’re telling me!”); Stephanie in a cardboard party hat sitting at the head of the table in a Niamey restaurant on her birthday.