On Western paranoia about China's development 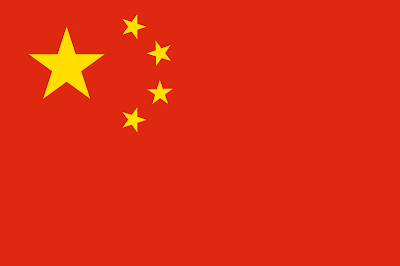 I've gotten the sense both from the zeitgeist and from several volunteers and friends that China will soon surpass the United States as the world's foremost power, and this has something to do with their singleminded focus on building the economy. China, so the story goes, doesn't have to worry about all this crap about civil liberties or getting things through the Senate or buying off the agricultural lobby.

I think there's a lot of truth to these beliefs, particularly about how political paralysis (particularly in the Senate) is choking necessary government action to boost the US economy. But I've been doing some reading, and I think China faces a much steeper challenge than many suppose. This classic article by Paul Krugman shows how these sorts of beliefs have arisen before about the Soviet Union, and how alarmists then and now don't make a crucial distinction about rising economies: growth of inputs (basically bringing the poor into an industrial economy) is much easier than growth of outputs (basically increased worker productivity). The point here is that growth of inputs has a natural limit in that there are only so many people in a country, and that is exactly what happened in the USSR:

This economic analysis had two crucial implications. First, most of the speculation about the superiority of the communist system including the popular view that Western economics could painlessly accelerate their own growth by borrowing some aspects of that system--was off base. Rapid Soviet economic growth was based entirely on one attribute: the willingness to save, to sacrifice current consumption for the sake of future production. The communist example offered no hint of a free lunch.

Second, the economic analysis of communist countries' growth implied some future limits to their industrial expansion--in other words, implied that a naive projection of their past growth rates into the future was likely to greatly overstate their real prospects. Economic growth that is based on expansion of inputs, rather than on growth in output per unit of input, is inevitably subject to diminishing returns. It was simply not possible for the Soviet economies to sustain the rates of growth of labor force participation, average education levels, and above all the physical capital stock that had prevailed in previous years. Communist growth would predictably slow down, perhaps drastically.

But how much does China (and other booming Eastern economies) have to do with the USSR?

AT FIRST, it is hard to see anything in common between the Asian success stories of recent years and the Soviet Union of three decades ago. Indeed, it is safe to say that the typical business traveler to, say, Singapore, ensconced in one of that city's gleaming hotels, never even thinks of any parallel to its roach-infested counterparts in Moscow. How can the slick exuberance of the Asian boom be compared with the Soviet Union's grim drive to industrialize?

And yet there are surprising similarities. The newly industrializing countries of Asia, like the Soviet Union of the 1950s, have achieved rapid growth in large part through an astonishing mobilization of resources. Once one accounts for the role of rapidly growing inputs in these countries' growth, one finds little left to explain, Asian growth, like that of the Soviet Union in its high-growth era, seems to be driven by extraordinary growth in inputs like labor and capital rather than by gains in efficiency.

The crucial difference to me seems to be that once the USSR got its economy fully organized on an industrial basis, it had nowhere to go. The socialist system was fundamentally incapable of progressing beyond a certain point. China and its cohorts are basically on the correct path, but their task will eventually become to increase their productivity rather than their inputs, and call me idealistic, but my opinion is that they will then face the monumental task of building a more honest and free state. I can't imagine China with similar prosperity to Sweden with stories like this all the time:

China devotes significant resources to building a world-class education system and pioneering research in competitive industries and sciences, and has had notable successes in network computing, clean energy, and military technology. But a lack of integrity among researchers is hindering China’s potential and harming collaboration between Chinese scholars and their international counterparts, scholars in China and abroad say.

“If we don’t change our ways, we will be excluded from the global academic community,” said Zhang Ming, a professor of international relations at Renmin University in Beijing. “We need to focus on seeking truth, not serving the agenda of some bureaucrat or satisfying the desire for personal profit.”

Pressure on scholars by administrators of state-run universities to earn journal citations — a measure of innovation — has produced a deluge of plagiarized or fabricated research. In December, a British journal that specializes in crystal formations announced that it was withdrawing more than 70 papers by Chinese authors whose research was of questionable originality or rigor.

It's also important to note these sorts of situations are not zero-sum. A more prosperous China would make for a more prosperous USA in absolute terms, even if it entailed a relative decline. Of course, catastrophic climate change will make all these questions academic.