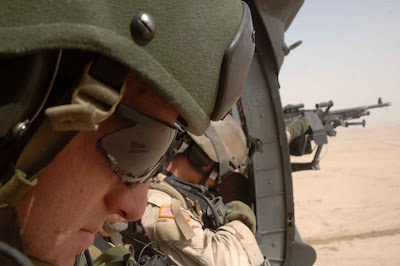 This post certainly sparked some discussion both in comments and email about several topics, but I'd like to concentrate on how my friend's rationale overlapped with my own for joining Peace Corps.

One person used "bored" in correspondence to describe his feelings, but I think a better term would be alienation. Profound alienation. The United States, for all its vast material prosperity, is notorious for this sort of thing. Call it what you will—spiritual fulfillment, purpose, meaning, whatever, often one confronts only a sucking void of meaningless acquisition and consumption that is actively complicit in wrecking the planet. Those of a philosophic or analytic bent are most prone to it, I reckon, particularly if none of the mass-production religions holds any attraction. I sympathize deeply with this sense of alienation, though I feel it less strongly than my friend. This is, I believe, because of my roots in the river culture of the Southwest, something that provides some of that lacking spiritual nourishment.

I also sympathize with his struggle for agency—his desire to act in the world, to have something he does matter, for good or for ill. I too feel that desire for some truly meaningful experience, to cut away the bullshit and expose the roots of existence—or perhaps fabricate them myself if there are none. In this he is far braver than myself, and far more willing to cut away the trappings of modern life. Here in South Africa I have electricity, internet, and enough electronic media to play continuously for the next year, yet he will have to delete even his Facebook and email accounts when he ships out.

Doing something as important as joining the military out of a desire for agency without caring much about the consequences thereof—indeed, actively disagreeing with US foreign policy—could be considered selfish and amoral, I suppose, but again I feel much the same. Truth be told, while I help where I can in my village, I don't much care about assisting the developing world (except in that it is an interesting question) and think that in many cases we are hurting more than we are helping. (On balance, I think Peace Corps is a net positive.) I did this for myself, full stop. I reckon that attitude is more common than some would like to admit.

My friend had a few final thoughts on the matter:

Westerners, in all their arrogance, automatically equate economic prosperity with progress. However, it is not that simple in my eyes. I'm not on a grand mission from God (or whoever) to help everyone on this planet reach the social ideals we hold as highest (ours). Human progress depends on many things, and thus economic conditions are just one tiny piece of a very large puzzle.

I just found out today that I'll be shipping out earlier than I expected, Oct. 18th. A mere two weeks away. People have been constantly asking me if I'm nervous to leave, and I'm not sure how to answer them. If I were honest with them, I would say that I'd be nervous to stay here and that I'm eager to get the fuck out. But I'm rarely honest with people in this regard, for fear of insulting them by criticizing the culture they're so deeply invested in. So instead I just babble some random shit about patriotism and duty and what-not. And so they say, "thank you for your service to this country" and shake my fucking hand. God, I can't wait to be done with this shit. To be in a place where all that matters is not dying. Soon enough...

To which I can only say: amen. I fervently hope he finds what he's looking for and makes it through the six years unscathed.