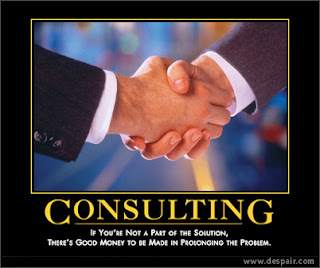 Here's a couple selections from a jaw-dropping Daily Caller article:

For financial institutions, the problem isn’t the “missing” documents. It’s the missing documents—the real ones, which say much different things than the “missing” ones, and which the banks can’t seem to get their hands on. Everyone in the financial industry has been looking for them in more places than kids look for Carmen Sandiego, and they still can’t seem to find the X that marks the spot. There’s good reason for that—the industry destroyed the papers a long time ago. On purpose.

Banking officials happily told the Florida court system in 2009 that the documents had been shredded. At the time, lenders were trying to prevent some foreclosure rule changes, so they sent a letter to the Florida Supreme Court. Among other things, the letter stated that it was standard practice to destroy mortgage papers once the mortgages were sold into MERS in order to avoid confusion. (“A” for effort on that front.) Something funny happens when tearing up a contract, and it might best be explained by a certain common phrase. That phrase is, “Tearing up a contract.” Unless very specific conditions are met, the contract becomes null. Void. Not worth the paper it is printed on.

This article takes a look at MERS, a shady company that traded electronic mortgages:

So this is how you end up with multiple foreclosures by different servicers on the same home, or foreclosures on homes bought with cash. Basically, the servicer doing the foreclosing becomes whoever MERS wants it to be. And MERS, by standing in as the “mortgagee of record,” has made it impossible to determine the actual owner of record. Thus two centuries of land title operations in the United States have been outsourced to a shell company created by big banks so they could save a buck – and now they’re using it to forego legal processes and kick people out of their homes.

If you're concerned about your own home (and shoot, it seems like pretty much everyone should be) some folks have set up this site to give you some preliminary defense.