Book review: The Duty of Genius 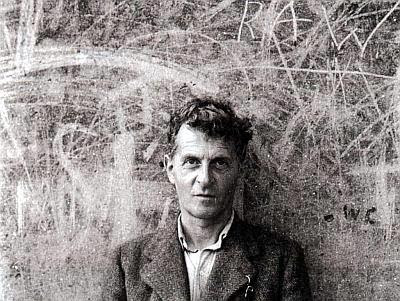 Summary: this biography by Ray Monk is a brilliant work about a fascinating and tortured soul. Highly recommended.

Up today: Ludwig Wittgenstein: The Duty of Genius, by Ray Monk. As a biography, it is truly excellent, and the subject is both hugely important and interesting. Monk's portrait of Wittgenstein is simultaneously deeply sympathetic yet clear-eyed and unsparing. This is especially praiseworthy as Wittgenstein is the type of person that tends to inspire either hero worship or withering scorn.

Wittgenstein seems like the kind of person it would be easy to admire from afar. He reminded me of Thomas More in his unceasing dedication to do and feel as he thought was right, though compromise would have made him happier. Actually interacting with the man would probably have been a nightmare for most people. He was deeply needy, yet so moody and tempestuous he was beastly to practically everyone he knew at one point or another and drove many of them away. His idea of love, an irritating, Puritanical sort of concept that viewed love as something best pondered from a distance, almost ruling out physical contact, was inspiring in his dedication to it but astonishingly cruel. The case of Francis Skinner, a young man who fell head-over-heels for Wittgenstein and continued to love him unquestioningly for the rest of his short life is heartbreaking to contemplate. Wittgenstein's dedication to these impossible ideals made his life almost wholly miserable.

Monk also gives surprisingly deep and clear explanations of Wittgenstein's philosophy as it evolved, particularly in his later years (though I of course have little understanding as yet). I can easily see how he is so famous—his Philosophical Investigations is like no other philosophy book I am aware of. In it, he does not present a system or a set of ideas he defends, rather he lays out a technique for solving problems, to "show the fly the way out of the fly-bottle" as he put it. Monk says that it is fruitless to try and to understand what Wittgenstein "said," as one might do with Schopenhauer, "for in truth he is not saying anything; he is presenting a technique for the unraveling of confusions. Unless these are your confusions, the book will be of very little interest." This has some head-spinning implications. He seems to be attacking the very roots of philosophy.

Though I suspect Wittgenstein is one of those writers who I will find impossible to read, I've got some super-pretentious books lined up and I might have a crack at some of his easier works. We'll see how that goes.