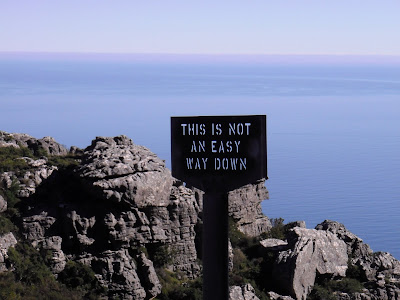 Thinking more about his death I inevitably think about my own safety in a country that is substantially more dangerous than Lesotho. Even given my lengthy history of muggings, I have to come to the conclusion that though my Peace Corps service is somewhat dangerous, it is far more likely that I would be killed in a taxi accident than in some kind of botched robbery. The vast majority of criminals are not looking to kill someone, rather they just want my money and possessions. Still frightening, though. Jesse chimes in here. Apparently he's got armed guards around his place, though I imagine that's more necessary in a larger town. I have no guards, but my site is so far out in the sticks that no one ever gives me trouble.

Though I didn't know Mr. Maresco, he seems from all accounts to have been an excellent sort of fellow. He taught science, coached a youth basketball team, and started a swimming club in the short time he was in Lesotho, and was well liked in his host community. I know his presence shall continue to live on in the people he influenced and the lives he changed.