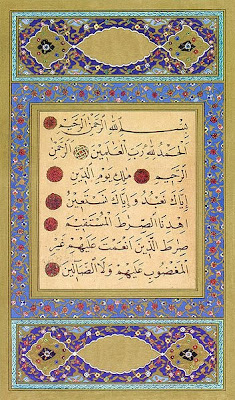 A couple weeks ago, I said, "I'm continually amazed at the depths to which American politics continues to sink. Every couple months, I say, 'Jeez, we have to have bottomed out by now. Right? Right?!' Nope." It continues apace. Today I got an email from the Peace Corps security officer. It read:

The Department of State is issuing this Travel Alert to caution U.S. citizens of the potential for anti-U.S. demonstrations in many countries in response to stated plans by a church in Florida to burn Qur'ans on the anniversary of the September 11, 2001 terrorist attacks. Demonstrations, some violent, have already taken place in several countries, including Afghanistan and Indonesia, in response to media reports of the church's plans. The potential for further protests and demonstrations, some of which may turn violent, remains high. We urge you to pay attention to local reaction to the situation, and to avoid areas where demonstrations may take place.

Once again, words fail. I'm in no danger here, I judge, but the sheer all-consuming vortex of stupid that Palin, her enablers, and her Christianist allies have touched off is staggering. Sure, they've officially condemned the guy, but that doesn't change much. Josh Marshall had a good thought on the conservative about-face:

This is the standard approach of race haters and demagogues. They keep stirring the pot, churning out demonizing rhetoric and hate speech. Then some marginal figure does something nuts and suddenly ... oh, wait, I didn't mean burn Korans. Where'd you get that idea from? We were just saying that Islam is a violent, anti-American religion and that American Muslims should stop building their mosques and focus on apologizing for 9/11 and maybe get out of America. But burn the Koran? No way.