The government should print money 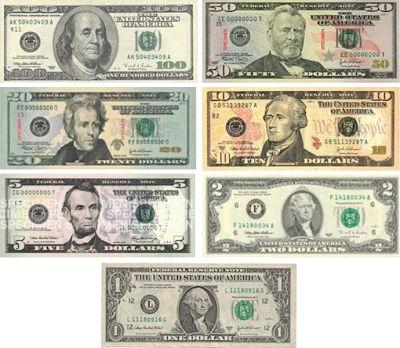 One of my good friends (who is now getting his doctorate at Stanford) has a father who's heavy into the conservative thing. I once got into a discussion with him about the economic crisis and what we should do in response (this was the summer of 2009). He was extremely concerned about inflation. "Obama's going to turn this country in Zimbabwe. He's just printing money!" I said that's exactly what the government should do, at least to some extent, but as I recall my explanation why was rather muddled and I don't think he was convinced.

Enter Yglesias, with probably the clearest example I've ever read on how simply printing money can help a brother out:

But valuable resources and money are actually different things.

To see the relevance of this, imagine what happens if you’ve got a country with full employment, and suddenly some guys show up with suitcases full of really good counterfeit money looking to buy stuff. Well, since people mistake the counterfeit for money, they’re happy to exchange goods and services for it. But the mere arrival of counterfeit hasn’t increased the quantity of goods and services the country can produce. The counterfeiters want a maid, so they need to find someone’s existing maid and offer her higher wages to go work for them. The counterfeiters buy some shoes, so there are fewer pairs of shoes for everyone else. What “has to come from somewhere” in this case isn’t the money (which is fake) it’s the maids and the shoes. There are only so many to go around.

But suppose the counterfeiters come to a country that’s fallen into recession? Here it’s a different situation. If they want to hire a maid, they can find one who was laid off a month ago. If they want to buy some shoes, this creates a very temporary shortage and the shoe-factory quickly un-cancels that extra shift. Then the guys at the shoe factory have higher wages and celebrate with a night out at the bar. Suddenly, the brewery needs more manpower and the bar needs to re-hire that waitress they had to let go. It’s the miracle of counterfeiting.

Speaking more generally, printing money does cause inflation, which currently is at a historic low: 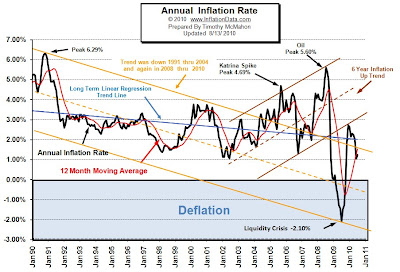 Inflation helps also, to help push past something called the paradox of thrift, which is basically the idea that if everybody stops spending and starts saving at the same time, the economy will fall into a recession due to a fall in aggregate demand, and total saving will fall. If money is worth less in the future (inflation) people will be more likely to spend it now when it's worth more. The US is coming off a big debt binge and trying to unwind, but we're still in a paradox of thrift world.