Workers are asking for an 8.5% increase in pay across the board, and the government has said it would only find 7.7% to be reasonable, as it feels anything higher would put a strain on government funds. [...]

The argument made by union leaders, SACP Deputy General Jeremy Cronin, and others is that if South Africa can spend well over 1 billion Rand on the World Cup, why can’t it give a moderate increase that matches historical inflation rates? Why build super-stadiums that may go unused when you can build better housing and improve schools and hospital facilities? I don’t understand much about the inflation of the Rand, nor am I an economist in any sense, but I do understand that inflation matters, as it effects the cost of items and the value of currency. Many historically disadvantaged black South Africans are making much less then their management is regardless of inflation being a factor, and almost 3 or 4 times less then white workers. In the end it all comes down to a system built on integrity vs a system based on patronage.

I got to wondering...what is the annual inflation rate in South Africa? Bloomberg says:

South African inflation slowed more than analysts expected in July, reaching 3.7 percent, adding to speculation the central bank will cut its benchmark interest rate for a second time this year.

Inflation eased from 4.2 percent in June, the Pretoria- based statistics office said on its website today. The median estimate of 18 economists surveyed by Bloomberg was 4 percent. Prices rose 0.6 percent in the month. 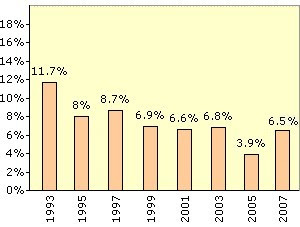 You can probably imagine my thoughts on this strike. I've been trying to avoid a long rant; suffice to say I'm deeply cynical. But here's a question answered.

By Ryan Cooper December 29, 2016
This year I finally decided to stop beating around the bush and start calling myself a democratic socialist. I think the reason for the long hesitation is the very long record of horrifying atrocities carried out by self-described socialist countries. Of course, there is no social system that doesn't have a long, bloody rap sheet, capitalism very much included. But I've never described myself as a capitalist either, and the whole point of socialism is that it's supposed to be better than that.

So of course I cannot be a tankie — Stalin and Mao were evil, terrible butchers, some of the worst people who ever lived. There are two basic lessons to be learned from the failures of Soviet and Chinese Communism, I think. One is that Marxism-Leninism is not a just or workable system. One cannot simply skip over capitalist development, and any socialist project must be democratic and preserve basic liberal freedoms.

The second, perhaps more profound lesson, is that there is no socia…
6 comments
Read more