I get diagnosed by the New York Times

By Ryan August 20, 2010
Psychologists, bless their black little hearts, have been inventing new terms for twenty-somethings who are getting jobs, a spouse, and settling down later than ever. It's called "emerging adulthood," apparently:

The 20s are a black box, and there is a lot of churning in there. One-third of people in their 20s move to a new residence every year. Forty percent move back home with their parents at least once. They go through an average of seven jobs in their 20s, more job changes than in any other stretch. Two-thirds spend at least some time living with a romantic partner without being married. And marriage occurs later than ever. The median age at first marriage in the early 1970s, when the baby boomers were young, was 21 for women and 23 for men; by 2009 it had climbed to 26 for women and 28 for men, five years in a little more than a generation. [...]

Jeffery Jensen Arnett, a psychology professor at Clark University in Worcester, Mass., is leading the movement to view the 20s as a distinct life stage, which he calls “emerging adulthood.” He says what is happening now is analogous to what happened a century ago, when social and economic changes helped create adolescence — a stage we take for granted but one that had to be recognized by psychologists, accepted by society and accommodated by institutions that served the young. [...]

Just as adolescence has its particular psychological profile, Arnett says, so does emerging adulthood: identity exploration, instability, self-focus, feeling in-between and a rather poetic characteristic he calls “a sense of possibilities.” A few of these, especially identity exploration, are part of adolescence too, but they take on new depth and urgency in the 20s. The stakes are higher when people are approaching the age when options tend to close off and lifelong commitments must be made. Arnett calls it “the age 30 deadline.”

I feel that this is the kind of thing people have been complaining about for about the last fifty years, and that a lot of the current problem can be laid at the feet of the worst economic crisis in eighty years. Still, I reckon there's something to Arnett's hypothesis. I'll only talk about my own situation, not just because I have no training in psychology. These kind of discussions always seem to lead to grotesque generalizations. Not that it's always wrong to do so—I know I'm as guilty of that as anyone—but I'm just not in the mood today.

When I graduated from college, the imperative in my mind was to find some kind of job that was at least interesting. I don't mean in an intellectually stimulating sense necessarily—one of the most interesting jobs I've ever had was working for minimum wage in a grocery store in 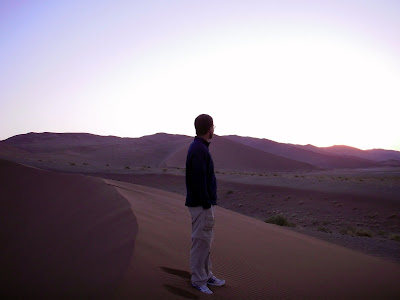 Washington Heights. The normal imperatives to find a "good" job, wife, house, car, etc., have precisely zero attraction to me at the moment. Not that I find those things repulsive—in fact, I suppose I'd like to have them someday—just that I don't seem to care about them one way or the other. Conversely, I feel no shame (well, not much at least) at taking a job far, far "below my station," (according to society). I don't know what that makes me, besides self-absorbed. I doubt it's a representative sample. Maybe it's just typical aspiring non-productive, unhelpful writer behaviour.

Then again, perhaps it's because I'm part of the élite. Here are some of the suggestions for dealing with the twenty-something question:

Maybe we can encourage a kind of socially sanctioned “­rumspringa,” the temporary moratorium from social responsibilities some Amish offer their young people to allow them to experiment before settling down. It requires only a bit of ingenuity — as well as some societal forbearance and financial commitment — to think of ways to expand some of the programs that now work so well for the elite, like the Fulbright fellowship or the Peace Corps, to make the chance for temporary service and self-examination available to a wider range of young people.

That grates a little, but I suppose it's true. I don't come from old money (or new money, for that matter), but I went to a top-drawer college and did reasonably well.

I'm not so sure about the proposal for more institutions for helping twenty-somethings through their years of floundering around. Expanding the Peace Corps, Americorps, and other domestic and foreign service programs seems reasonable, but beyond that I suspect measures should be targeted more at unemployed or mentally ill people generally. Still, given that I'm one of the the slackers' looming overlords, perhaps I should be more generous.

Anyone else have a thought? I'm willing to be persuaded.