Can you feel God? 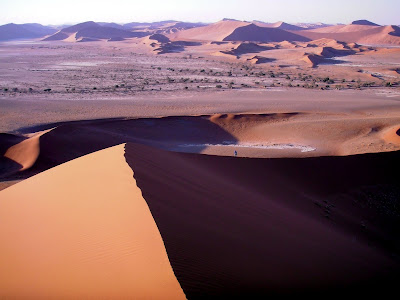 Karen Kaye has a beautiful post on seeing God in Africa:

A pigeon, obviously dying, came crashing out of the pepper tree to lie dying at my feet. His last gesture was to spread his wings, surely in hopes of cushioning his fall, and he lay at my feet, belly and head down, with his wings outspread. He lay in a way that I could see his body expand and contract with his dying breaths.

There was nothing I could do for this creature but stay with it, be present, and witness his death. I was willing and able to do this; I felt it my obligation to be with this dying creature. It took him quite a few minutes to die and college students and staff walked by us, glancing down at the dying bird, and curious, I’m sure, as to what I was doing.

I stayed with that dying bird and I felt the presence of God. They were exquisitely beautiful moments.

Recently I've been having another go at Crime and Punishment. I have the same problem that I had with The Brothers Karamazov, only more so--I find the protagonist utterly alien. He is constantly in emotional spasms, wracked by nerves and feeling, doing things and going places for reasons he cannot understand. Crime and Punishment is reckoned among the greatest psychological explorations, but it is mostly foreign to me. I'm not trying to gainsay its reputation--more likely I'm just missing a part of the human experience.

I feel similarly about experiences like Karen's. When I was even younger and more foolish than I am now I dated a Christian fundamentalist for about a year. During that time she was constantly exhorting me to "open my heart to God," and I did my best to put aside my misgivings and do it. I felt nothing. I look at the world and see only cold unreasoning brutality, the remorseless logic of Darwin and physics. Whatever goodness and justice exist (inasmuch as those terms have meaning at all), they are the ephemeral creations of mankind, like a guttering match flame protected by a cupped hand.

My father comes close to my view of things:

Our brightest stars will fall. Their endings will be undeserved, unexpected, catastrophic. There will be neither repentance nor justice; only the arbitrary and inevitable. That shining promise may wink out in a one car roll-over or be driven like a piton into the cold white granite cleavage of Mother Mountain, at any moment and without reason. You may hopefully discern some evolving purpose through the sorrow; detect some overarching plan at work that will ultimately give meaning to the tragic. I’ve got my own certainties in that regard. There ain’t no stinking plan. What might be “fair” is a concept the world won’t even touch the brakes for.

This days I sit back as I can, having been spared another day, and watch the sun come up behind Mesa Verde. In a few minutes it will wash the sky with light, clear across the shaded Montezuma Valley and illuminate Sleeping Ute Mountain on the western horizon like a goddam beacon. It’s so beautiful it will send another round of shivers up my still-functional spine. I can have a cup of coffee while watching this spectacle; deep in the warmth of my living room, in a house I built to please myself. I’ve got a terrific family. I have been granted every available comfort excepting the illusion that this might be made someway, somehow, to last forever. Well-being is one of those many possible states of being, all temporary. That part, I’m sure about. When you’re through being, that’s Bingo.

It's a bleak version of reality, but then I find it somewhat comforting--and bracing--that all we have, the only thing between us and an ocean of chaos, is each other.