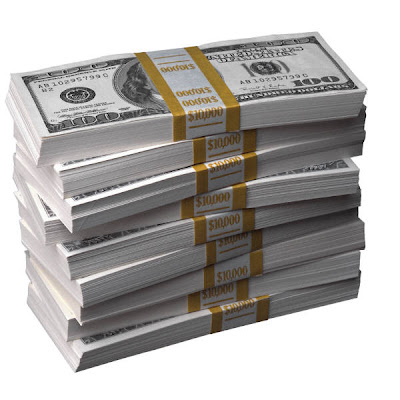 The Peace Corps issues a handbook to volunteers called "A Few Minor Adjustments." It's a well-written and sensible guide to the kinds of problems one will face as a volunteer and upon returning home. In the section on accepting the behavior of host country nationals, they write this:

The next step in adjustment, then, is developing the ability to "accept" host country behavior. The word accept is being used in a special sense here; it does not mean liking or approving, and especially not adopting, but rather accepting the inevitability and logic of a particular behavior. of trusting that, irritating as it may be, the behavior is nevertheless appropriate in the other culture. you accept the behavior because you understand that it makes sense in the local culture, however rude, offensive, or strange the behavior would be in yours.

Just how do you come to such an understanding? The classic route to culutural understanding and acceptance has three basic steps:

Unlike the three parts of adjustment, the components of acceptance must be acquired in sequence. Until you believe that you actually have cultural assumptions, you aren't likely to accept that you've been conditioned by the. Unless you can accept that you have been conditioned by your culture, you're not likely to accept that others have been conditioned by theirs. As a rule, people rarely believe something to be true of others that they have not found to be true of themselves. You might accept such a thing intellectually, but you will probably not trust it emotionally. At the heart of successful cultural adjustment, it turns out, lurks a fundamental paradox: Only by seeing that foreigners are just like you in certain respects can you accept that they might also be different. (p. 29)

Yesterday I was teaching Grade 8. While rooting around in my bag for my Setswana-English dictionary, I mistakenly brought out a block of cheese that I had forgotten to put in my refrigerator. Immediately one girl burst out: "Mpha, mpha! Meneer, mpha. Meneer. Mpha. Meneer!" (Mister! Give!) etc. I said no, but she kept on after it for ten minutes, insisting that because I'm white I can buy more cheese, and that she was going to find my bag and steal my cheese. I finally had to threaten to kick her out of the class to get her to quiet down. Later that same day I was eating an apple, and a different Grade 8 girl appears. "Mpha."

This happens practically every day. I loan out pens to the kids who don't have them (loan because they will destroy any pens they own in a day or two), and I'm always fighting to get them back. "You have so many, give me one." There's an older guy who comes by about once a week asking for my hat. When asked why, he says that--you guessed it--because I'm white I can buy another one. "Lekgowa o na le madi," (white person has money), they say.

This drives me up the wall. I think I could handle practically any other behavior that might offend the average American. Corporal punishment doesn't really bother me. The rampant nepotism and corruption I can tolerate. Bargaining is fine. But the begging, especially combined with the racial stereotyping, pisses me off like nothing else. (Ok, it's a relatively benign racial stereotype--except for the muggings--but it's still a stereotype.)

I think I've made it through the The Peace Corps program for acceptance of a behavior for most things here. It's obvious to me now how I've been conditioned by my culture--particularly with respect to self-reliance, direct communication, tight-fistedness, and religion. I accept the large families here, the sleeping around, the drinking, the friendliness, and the unbelievably high volume of everyday life. I can even see where this culture of begging comes from: the stomping--yet subsistence support--of Apartheid, and the smoking remnants of Ubuntu.

But the begging just grates worse and worse. I hate it, I think it's pathetic, and I refuse to give anything to anyone. Some of this is irrational overreaction, but when my conversation with every third person is them trying to cadge a couple rand or whatever they can see of my possessions, I lose my objectivity. (I've had people trying to get the shirt off my back.) Furthermore, I don't believe it's a healthy thing for a person, especially children. Constant begging from those that aren't actually in dire straits encourages parasitism and dependency, which is a major problem here.

I sometimes wonder if other volunteers have this same problem. Thoughts?