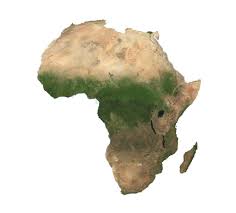 Nicholas Kristof poses a question in the NYT:

Is it a legacy of colonial exploitation? Tropical diseases and parasites? Or is it that local mammals, like the zebra and the African elephant, were difficult to domesticate and harness in agriculture?

There’s truth in each of these explanations. But a visit to Zimbabwe highlights perhaps the main reason: bad governance. The tyrannical, incompetent and corrupt rule of Zimbabwe’s president, Robert Mugabe, has turned one of Africa’s most advanced countries into a shambles.

Later he details the trials of a parentless family doing the best they can, it's really quite moving. Click through and see here for a slideshow. It's a reminder of how nice I have it here in South Africa.

But I'd like to address his main point, which he goes into in more detail at his blog:

Clearly colonialism — and the disastrous colonial borders left behind — have been a problem. Some people think colonialism is the central problem, and it’s certainly true that the lack of investment in human capital, the way roads and railways were just built from the interior to the coasts, the way certain ethnic groups were favored — all these left huge problems behind. But then again look at those countries that were not colonized. Thailand wasn’t colonized, and it’s no better off than Malaysia or Singapore next door. Liberia wasn’t formally colonized, although the immigration of former American slaves and the Firestone plantations were reminiscent of colonialism, and it’s no better off than Ivory Coast or Sierra Leone next door. Ethiopia was only lightly colonized, and it didn’t obviously benefit either from the limited colonial imprint. More broadly, Portugal barely touched areas like the interior of Mozambique, and yet they are no better off than French colonies that underwent a huge French imprint. Indeed, French colonies arguably benefited from the strong legacy of a unifying French language and the ties among Francophone Africa, not least the CFA franc.

Another theory that I allude to is Jared Diamond’s belief that Africa (and Australia) were harmed by the lack of large mammals that could be domesticated and then harnessed in agriculture. It certainly was a huge advantage for Asia and Europe that a livestock culture arose there (along with immunity to disease). But I think Diamond may overdo the intractability of African mammals. Years ago when I read his book “Guns, Germs and Steel,” I was impressed by his arguments about how zebras were untrainable — and then a few days later took my son to the circus, where zebras performed amazing tricks in the center ring. I’ve been skeptical ever since. And while Asian elephants probably are more docile than African elephants, on this trip I spoke to Zimbabwean elephant trainers who insisted that it is easier to train African elephants than Indian elephants.

In any case, it is clear that African countries can register enormous economic growth when they are well-governed. Botswana is a great example of that. Sure, Botswana is helped by its diamonds, but diamonds haven’t done anything for Congo. The difference is that Botswana since independence has had a series of wise, honest rulers, and partly as a result no conflict. What distinguishes the fastest-growing economies in Africa, also including Rwanda, is simply their good governance. And what distinguishes the worst-performing countries tends to be a combination of bad governance and (often related) incessant conflict.

I think Kristof is right in that what distinguishes a decently-run country like Botswana from a basketcase like Zimbabwe is the quality of governance. But the real question is why does Botswana have a well-functioning government while Zimbabwe does not?

Quick aside: Diamond's Guns, Germs and Steel seems to answer a different question. My impression from reading the book (which could be wrong as I don't have a copy to consult here) is that Diamond basically took for granted that colonialism is at the root of most of Africa's problems, and he was addressing the question of why Europeans were able to trample all over Africans (and everyone else). Kristof's point about zebras and elephants is also wide of the mark--Diamond was talking about domestication, which is very different from training, and Diamond's thesis covers much more than mammals in any case.

It's true that there are a lot of countries that were never colonies that are also in ruins. But there are a lot of ways to foul up a country (see here for example). A better metric would be to look at ex-colonies that are doing well. (Let's count relatively recent colonies, as practically everywhere was a colony at some point.) The only ones I can think that are first-rank powers are Canada and Australia, and perhaps South Korea. It's telling that there is practically no native population left in Canada or Australia. In any case, I think it's fair to say that the vast majority of recent ex-colonies are in sad shape.

It's true that the post-colonial borders throughout Africa and elsewhere are basically insane, and the ethnic tensions left behind from the colonial favoritism often had horrific results. But the big one that Kristof is missing is institutions. Colonial powers set up an administration to run a colony, and when they were inevitably driven out they carved out most of that governing apparatus with them. New countries were left with shaky institutions associated with the old regime, few career civil servants and bureaucrats, and fewer politicians with governing experience. What's more, the general population had usually been denied access to even basic education and training. Is it any wonder that most of them collapsed in graft and military coups? We can see from the experience of Zimbabwe that once a terrible regime is ensconced, a country can far very fall indeed, and its climb back to decent shape will probably be long and hard (though Rwanda is doing remarkably well).

I'm no expert on Botswana, but as far as I can tell they just got lucky with their first President Seretse Khama. He was one of those rare leaders (like the even more adroit King Hussein) with a natural sense for small-power diplomacy and resource management (between 1966 and 1980 Botswana had the highest growth rate in the world). Now institutions are firmly in place that give Botswana a solid footing, even for dealing with their immense AIDS problem.

Reading Daniel Larison gives me more respect for the paleoconservative position in international affairs. He linked to this article in World Affairs Journal the other day:

On the contrary, if the history of the past century showed anything, it was that clear legal norms, and the securing of international stability more generally, also serve the cause of human welfare. Let alone the fact that it is much easier to destroy institutions than to build them. Liberalism’s characteristic indifference to institutions, both domestic and international, has thus been called into question. In short, the ending of the era of humanitarian interventionism may come to be seen as a sign of the waning of Western power, and mourned as consigning more of the world’s peoples to the mercies of the tyrants who rule them. But it is possible to view it more positively, as the belated emergence of a new maturity in international relations.

Now I'm not going to say that international intervention to prevent something like the Rwandan Genocide is wrong. But that article does cut a bit close to the bone. Institutions are hard to build and easy to destroy, and a relatively short war or dictatorship can break a country down in ways that take perhaps hundreds of years to undo.