Quote of the week 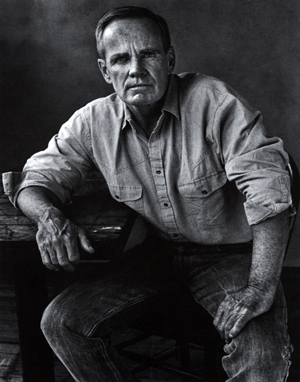 "The judge smiled. Men are born for games. Nothing else. Every child knows that play is nobler than work. He knows too that the worth or merit of a game is not inherent in the game itself but rather in the worth of that which is put at hazard. Games of sport involve the skill and strength of the opponents and the humiliation of defeat and the pride of victory are in themselves sufficient stake because they inhere in the worth of the principals and define them. But trial of chance or trial of worth all games aspire to the condition of war for here that which is wagered swallows up the game, player and all.

Suppose two men at cards with nothing to wager save their lives. Who has not heard such a tale? A turn of the card. The whole universe for such a player has labored clanking to this moment which will tell if he is to die at that man’s hand or that man at his. What more certain validation of a man’s worth could there be? This enhancement of the game to its ultimate state admits no argument concerning the notion of fate. The selection of one man over another is a preference absolute and irrevocable and it is a dull man indeed who could reckon so profound a decision without agency or significance either one. In such games as have for their stake the annihilation of the defeated the decisions are quite clear. This man holding this particular arrangement of cards in his hand is thereby removed from existence. This is the nature of war, whose stake is at once the game and the authority and the justification. Seen so, war is the truest form of divination. It is the testing of one’s will and the will of another within that larger will which because it binds them is therefore forced to select. War is the ultimate game because war is at last a forcing of the unity of existence. War is god."