Guest post: Why Not To Loan Your Car to Geologists 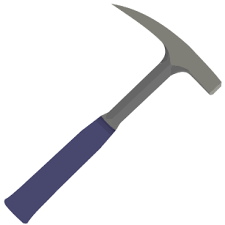 [Front matter: my sister gave me this awesome story about a recent company trip for your reading enjoyment. I think you'll like it. I sure did!]

There are many professionals to whom I would not lend my car. Lawyers, doctors...but most of all, geologists. My chosen profession is geology and while most of my accomplices are wonderful, brilliant people, I wouldn't trust them with a pen. Recently, I endured a particularly harsh field work trip that cemented my beliefs.

While much of science has turned to computer modeling, geology still relies heavily on basic field work. I spent a week in March mapping areas in and around Death Valley with nineteen other geologists in four brand-new rental Suburbans. One had six miles on the odometer. As you might have expected, we were rather hard on the cars and bodies.

We spent the first few days on paved roads, hiking to field areas, mapping, drinking, and being generally good rental car customers. One of the interesting things about rental vehicles is that even if you rent a vehicle made to drive off-road, actually driving it on anything other than pavement voids all insurance. By the third day, we headed off-road into sharp limestone rocks. Now, geologists are notorious for not growing up, so it's no surprise that the moment we reach a harsh four-wheel drive road, the Captain and Lieutenant of the trip floor it. The two other vehicles--despite fishtailing around even the slightest curves--can't even stay within sight. It's not long before something breaks.

The car ahead of the one I'm riding in begins to slow, then stops. The young woman driving, let's call her Bonnie, jumps out looking highly concerned and runs to us to say the tire light is on, front left. The front left isn't flat, but the rear left is toast. It takes 45 minutes to figure out how to change a tire on a steep slope and a new vehicle. Off we go again with only a little loss of knuckle skin.

Our destination is the Racetrack Playa, a dry lake bed over which rocks of all sizes slide, leaving tracks in the dirt. For years, how these rocks moved was a huge geological mystery, solved thanks to YouTube. Other than the grumpy research partner who hates camping (why would you go on a camping trip if you hate camping?) and insists on staying with the cars, it is spectacular. We return to the SUVs and the grump. He walks towards us with an expression as if someone had just killed his dog--turns out the vehicle I was riding in had a flat rear right tire. Well shoot, two in one day. Fifteen minutes to change.

Our group splits into two crews, each with one spare for two cars. My group is behind. We make it within a mile of the paved road and once again the tire light (left rear) comes on; luckily the Captain is behind the car I'm patiently riding in with a fresh spare. And a head lamp. The International Space Station makes a fly over, I'm sure to check on us. Captain says we need to take it easy until we get back to camp, not much over 55 mph and he'll lead; yeah, right, I think as the speedometer climbs to 80.

Back at camp the other two cars have a story of their own. The Lieutenant got a flat, too. Blew it on the highway at 65 mph. Loud pop but no loss of control. We now have 4 cars and no spares. It's time to drive the 100+ miles to the nearest large town. Besides, we're out of beer.

Now, what do you do when you blow four tires on dirt roads in rental cars? Well, the Captain decides, you try to hide it from the rental company and hope the wrath of our sponsors is less than that of the rental companies. It's only an extra $1000 and a wasted day, right? They already paid for our plane tickets, materials, and cars; this is hardly a drop in the bucket. The new tires go on the spare rims, the spares go on the original rims and the new tires go under the vehicles, where, hopefully, no one will look and see that they are different tires.

Back to the field area...almost. We make it to within five minutes of the next camp, going down a mountain pass. The vehicle I'm in is bringing up the rear, I'm asleep in the back. I wake up when we begin to slow down and the driver and other passengers begin to curse. The tire light is on, left front this time. This is not necessarily a problem, we have a new spare under the SUV and we're experts by now; except that we're not really slowing down all that quickly. "Hey driver, we should probably stop...hum, can't? Ok, use the emergency brake, we have to stop!" We jump out of the car and...it's on fire. There are flames shooting out of the wheel wells. Yes, that's right, the car's brakes are on fire. We are a bit baffled by this development. We have no fire extinguisher, not enough water, so we wait. It only take 11 minutes to change the tire once we can touch it. Three out of four, we're going for the clean sweep. By this time the other three vehicles have realized we're missing. As we finish up one of our other cars drives back up to check on us.

We reach the campground and it's time for a beer, or ten. The Captain is a little uptight and decides to drink with the minions. At one point the Captain can't decide if he is in need of a bathroom, coat, or drink first. The rest of us are sure that the bathroom is the important thing, but, "since you're headed to the beer, we need one too." We head off while the Captain goes for beer. I come out of the restroom to a guy whispering my name, adamant that I come out before the Captain. Apparently the Captain was insisting that this young gentleman go into the female restroom to bring the girls beer. I would tell you the rest of what happened but I made a solemn promise that what happened that night will never go down in writing. Let's just say that there is a waitress somewhere who will forever remember us.

The next morning we pack up and begin to leave the campground, but don't even make it to the highway before Bonnie stops ahead of us with a flat tire. This time it only takes nine minutes.

Those were the most interesting parts of the voyage, although it is important to say that despite six flat tires the Captain insisted we drive over sharp basalt flows the last day of the trip.

We didn't quite get the clean sweep, but we came close. Oh yeah, and we went through over 600 beers...