From the picture archive 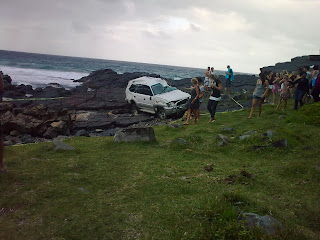 When I was on vacation in December, a man accidentally drove his car off a cliff. Apparently he got a little too far down on the slope of the grass and then couldn't get enough friction to start up again, but didn't have the sense to call for help at that point and kept trying to make it. We walked out with the rest of the rubberneckers to get a look at the car, which was pretty banged up. He was badly hurt and had to be taken out by helicopter, which landed right outside our backpacker's. In a sense, he was lucky as he wasn't wearing his seatbelt and was thrown from the car, and the car came to a rest only inches from his head. 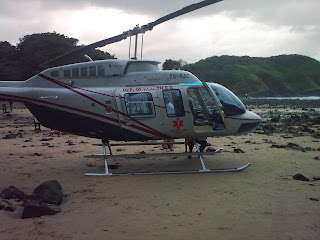 They airlifted him to Mthata. I have no idea if he survived or not, but the paramedics seemed to think he would be okay. 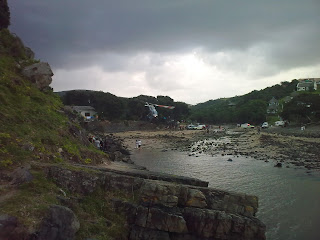